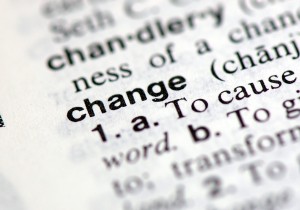 The Family Law Legislation Amendment (Family Violence and Other Measures) Act 2011 came into effect in July 2012 in response to recommendations in three key reports evaluating the previous 2006 changes. The main changes to the Family Law Act are as follows:

The new definition of child abuse has been extended to include two new categories of behaviour. The new categories provide that abuse can be defined as actions causing a child ‘serious psychological harm’ and expressly including subjection or exposure to family violence and serious neglect of the child.[3]The previous categories of assault, including sexual assault and sexual activity with the child, are still in force and have not been amended. The definition also includes a non-exhaustive list of examples of behaviour that may constitute abuse of the child. Examples include emotional or psychological abuse such as overhearing threats, seeing or hearing an assault and providing assistance to an assaulted person.

The paramount consideration for the court when deciding whether to make a parenting order is the best interests of the child. The primary considerations for determining the best interests of the child are the benefit to the child of having a meaningful relationship with both parents and the need to protect the child from physical or psychological harm from being subjected or expose to abuse, neglect or family violence. The 2011 amendment has resulted in a new subsection which decrees that the court is to give a greater weight to the consideration to protect the child from harm.[4]

The provision obligating mandatory costs orders against parties who have made false statements and the ‘friendly parent provision’[5] which directed the courts attention to the degree that a parent had encouraged the child’s relationship with the other parent have both being repealed. These changes have contributed to a court environment which is supportive of disclosure.

The amended definition of family violence has attracted broad support, however there has also been opposition on the basis of the breadth and the range of behaviour captured. The predominant concern is that the definition is too wide and may capture innocent behaviour or enable false positives.

The Australian Law Reform Commission (ALRC) stated that while the amended definition does set out a wide range of example behaviour, the core requirement of controlling or coercive behaviour should act ‘as a filter’ to ensure only threatening behaviour is captured by the definition.[6] The effect of this filter is to exclude conduct which is not considered controlling or coercive.

In a 2012 case a father argued that the mother was engaging in family violence by preventing him from spending time with his daughter[7] which was outlined as an example in the amended 2011 definition of family violence. The Federal Magistrate stated however that there was no evidence that the father was coerced, controlled or felt fearful and thus there had been no family violence.

The ALRC have however acknowledged that the definition may be over inclusive and this may lead to false positives where the victim perceived abuse but no actual abuse occurred.

Professor Chrisholm explained that on a literal reading any behaviour that causes a person to be fearful may be seen as family violence. He explained that a family member who accidently frightened another in the course of a practical joke may be caught within the definition. He suggested however that the definition is not intended to capture such behaviour and he believes that the courts will act to interpret the definition as to enable a sensible operation.

A reformulation which focuses the definition upon the person’s intention to cause a family member to be fearful has been suggested to ensure that the definition does not allow false positives.[8]

Have the 2011 Amendments been successful?

The recent nature of the 2011 legislation has meant that no formal evaluations of the changes have been completed by any government bodies to indicate whether the changes have been successful. Justice Strickland has suggested a few indicators which may suggest whether the legislation has been successful in its aims. The legislations aim of prioritising protection may be shown to be successful by an increase of court orders requiring time spent with children to be supervised and a reduction in orders requiring a child to spend equal time with both parents where family violence is a concern. The legislations aim of supporting disclosure may be shown to be successful by an increase in the number of notices of family violence made in applications for parenting orders.[9]

The Australian Institute of Family Studies (AIFS) is in the process of formally evaluating the Family Violence Amendments. Their findings will be invaluable in assessing whether the amendments have had a positive impact and whether further reforms should be undertaken.

Online Legal Information Author at Family Law Express
Ewa is completing a Bachelor of Social Science and Laws at Macquarie University with a major in Anthropology. With experience at specialist family law firms and Women's Legal Services NSW, Ewa is pursuing a career specializing in family law. Special interest areas include the care and protection of children and alternate dispute resolution, with an aim to improve access and participation in parenting matters.