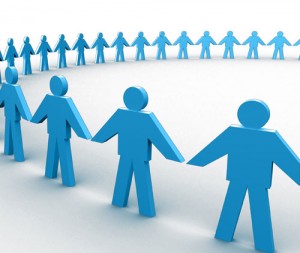 The federal government has at times relied on research grants afforded to various experts in family law reform, in order to review (and at times endorse) the options available for reform at that point in time.

This approach has however at times been controversial when governments have selected notably partisan experts with established opinions on matters (eg, Professor Richard Chisholm on Family Violence and Dr Jen McIntosh on Shared Care) .

As a counter-balance, organised lobby groups have become a more prominent component of the family law reform fabric in Australia, contributing a unique brand of grass-roots policy reform suggestions via established websites, media announcements, contributions to inquiries and by explicitly lobbying the government of the day on specific reforms.

Credited as the original architect of John Howard’s Shared Parenting family law reforms,  he is one of the most influential family law experts in Australia, often used by government to review and provide recommendations on reforms.

Parkinson chaired a review of the Child Support Scheme in 2004-05 which led to major changes in the manner that Child Support was calculated.

He has also been the principle behind the 2006 Shared Parenting reforms, and has been quite vocal on matters such as child protection, relocations after separation, and a critic of many government policies that impact the family.

Despite his role within the framework of government inquiries, Parkinson has not been shy about expressing his frustrations about the application of his policy recommendations by the government of the day.

For instance, Parkinson has been a vocal critic of some significant legislative reforms, for failing to properly guide judges, as he put it,

on the appropriate application of the shared parenting notion under the 2006 Amendments. This has been reported in the media1.

Professor Richard Chisholm was asked by the previous Labor government to review the protections available to women and children from violence with the Family Law Courts, in the wake of the high-profile Darcey Freeman child murder case.

Professor Chisholm however presented a controversial report entitled Family Courts Violence Review, which highlighted his critique of the 2006 Shared Parenting reforms and the risks he saw in such legislative presumptions in facilitating violence against women and children.

Chisholm claimed that 61DA provided a presumption in favour of ‘equal shared parental responsibility’ (ESPR) when making a parenting order, and he saw this as counter-productive to the principles of protecting women and children against domestic violence. 2

The case of Goode v Goode 3 however was to later clarify the non-presumptive notion of the time spent with each parent, and the subsequent 2011 Domestic Violence family law act reforms, perhaps in part influenced by Chisholm’s report, would further diminish this presumption when violence was concerned.

This report claimed that shared care was detrimental to the welfare of children in the presence of entrenched conflict between the parents.4

McIntosh was to follow up this report with another research study purporting to show that overnight sleeps for toddlers and young children in shared parenting households was harmful to their psychological health and emotional welfare. This claim has since been watered down by McIntosh herself, but the impact of the research resonates to this day.

This report had made quite a significant impact within the broader family law industry during a period when the 2006 shared parenting reforms were still new and unsettled. As a result the research was quoted in a multitude of family mediation sessions, family law cases, and widely reported in the media.

However, the bona-fides of this research have recently been brought into question by a large number of notable psychologists and clinicians for being methodically unsound and unreliable. The notion itself that children can only attach themselves to one primary carer has fallen out of favour within an industry who only years before had considered this notion as gospel. 5

Justice Wood, on the other hand, wrote a report consisting of 111 recommendations looking into why child protection services were failing so many children.

Greens Senator Rachel Siewert has lobbied for changes to the 2006 Family Law Shared Parenting Amendments in her media release “Green Call for Amendments to Family Law” in early 2010.

This media release reflected her concerns as expressed in her dissenting report as a panel member on the Parliamentary Committee into Shared Parenting. She was the sole objector on the Committee, which otherwise provided bi-partisan support for the proposed recommendations.

Siewert reported that the notion of shared parenting conflicts with the idea of the best interest of the child and thus causes more significant problems in the community.8

McClelland as Attorney-General also proposed numerous changes to the Family Law Act himself, in response to several reports commissioned by the government on aspects of family law.

”The reports illustrate that the family law system has some way to go in effectively responding to issues relating to family violence,” Mr McClelland said. 10

NGOs perform numerous tasks that fall outside the scope of government entities, and their non-government status allows a broader range of roles including filling gaps in services, and providing greater transparency on failures of various governmental agencies.

An example of an NGO is the Family Referral Services who assist children and young people who do not meet the threshold for child protection intervention but would benefit from accessing to address current problems and prevent the problems from getting worse.11

The media perform a vital role in facilitating law reform, without have any direct legal means itself to change laws. The media has the strength to shape public opinion and values and provide public scrutiny through reporting current issues such as a family law trial outcomes.

The media seeks to change existing laws in order to provide for the public good. An example of the media’s authority in law reform is primarily through newspaper headlines and articles.

Conservative newspapers like The Australian and the Daily Telegraph have consistently pushed a “defence of marriage” agenda, which has influenced public opinion. ABC News also released an article entitled “Fears family law reform a safety risk” in 2010 stating that the 2006 Family Law Reforms only benefited the fathers and created dangers to children and women.

This stirred opinions from many lobby groups that are comprised by many fathers. Some journalists became known for their ideological bent on matters related to family law reform, with journalists like Caroline Overington often criticised for attacking the 2006 shared parenting laws, despite overall being considered to be aligned politically with the conservatives.

Bettina Arndt on the other hand had a long history as an outspoken male-sympathiser, and has often talked about the discrimination faced by fathers in the family court. Arndt described the 2006 reforms as a necessarily counter-balance to an increasingly fatherless society.

Lobby groups are a collection of individuals with similar interests and specific aims upon which they wish governments to act. They try to raise public awareness for their cause. Parental lobby groups such as the Lone Father’s Association are perceived to have influences on law reform in relation to family laws.

The Lone Father’s Association is a recognized body by the Australian Government for separated fathers and their children. They have regularly submitted policy submissions including written and oral evidence to government and Parliamentary Inquiries into family law and related matters such as child custody, poverty issues and many more.

In 2010 the Lone Father’s Association wrote a submission in relation to the Family Courts Violence Review headed by Professor Richard Chisholm. The submission addressed the issue of “bias against men” and for the Family Court to rethink such provisions of the law, as they argue that men are usually likely the be the ones falsely alleged of violence.

According to the Lone Father’s Association, the Family Court’s own statistics have indicated that up to 34% of all women who fail to receive custody of their children have “mental health” problems, whereas only a small proportion of men who are unsuccessful of being awarded custody have same problem.

Accordingly, this highlights the “Man Bad, Woman Mad” presumption by the Court’s themsleves. 12

Fathers4Equality (F4E), on the other hand is a progressive shared parenting family-law group comprising primarily of parents and grandparents who believe that a child has a natural right to a meaningful relationship with both parents, in the event of separation.13

This lobby group has expressed disappointment in the 2006 family law reforms, which they claim have provided too much emphasis on the benign concept of equal Shared Parental Responsibility, while providing watered-down edicts on the “contact” and “residential” aspects of the legislation, leaving the legislation open to judicial activism.

The formation of single mother and women’s groups to lobby for changes to the Family Law are also prominent in Australia.

National Council for Single Mothers and their Children

Examples include the National Council for Single Mothers and their Children, who believe that the ‘best interest of the child’ principle must also include the following provisions:

–      That there be no avenues or process that expose women and children to post-separation abuse, co-ercion and control.

–      That there be acknowledgement of the cost of caring and the economic impact upon the primary carer.

–      The acknowledgement of the increased cost associated with larger families.

Another women’s lobby group is the Women Everywhere Advocating Violence Elimination (WEAVE), who aims to eliminate all forms of male violence against women and children.16

In their 2011 submission they stated that safety of women and children from ongoing violence and abuse should be essential factor in all decision-making in child custody disputes.17

Another lobby group that has influence on family law matters, specifically on the issue of same-sex marriage, is the Australian Christian Lobby.

They presented a report entitled ‘In Praise of Marriage’ arguing that same-sex marriage would lead to allowing close family members to marry via incest, and sought to block any laws in support of same-sex marriage. 18

There are many agencies of law reform that actively seek to instil new amendments and reforms into Australia’s family laws, in order for it to better reflect modern society.

However, law reform initiatives on their own do not necessarily mean that change will be effected.

It should be recognised that family law experts and lobby groups, as vocal and committed as they be, still only have one hand on the lever of change, and without change being driven by a collective of influencers, it rarely happens, often leading to a lag between a societies expectations of the law, and the law as it is at a given point in time.