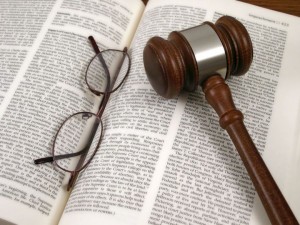 These Family Law act amendments were heralded for finally providing for meaningful equal time or shared parenting outcomes, but under what conditions was at that point not fully clear.

After 8 years of operation, the effect of these reforms is finally clear.

This article will consider the meaning of “reasonably practicable” as it appears in section 65DAA of the FLA , and how it operates to allow or prevent cases where one of the parties seeks equal time or shared parenting orders.

Section 65DAA(1) of the FLA provides that:

(1) If a parenting order provides (or is to provide) that a child’s parents are to have equal shared parental responsibility for the child, the court must:

(a) Consider whether the child spending equal time with each of the parents would be in the best interests of the child; and

(b) Consider whether the child spending equal time with each of the parents is reasonably practicable [my emphasis]; and

(c) If it is, consider making an order to provide (or including a provision in the order) for the child to spend equal time with each of the parents. 1

Subsection (2) provides that if a parenting order provides that a child’s parents are to have equal and shared parental responsibility for the child but the court does not make an order for the child to spend equal time with the parents, then the court must consider whether the child should spend substantial and significant time with each of the parents having regard to the best interest of the child and whether it is reasonably practicable. 2

Subsection (5), meanwhile, provides that in determining whether it is reasonably practicable, the court must have regard to a list of factors. [3 Ibid]

According to part VII of the FLA, parents are assumed to have equal shared responsibility. The presumption applies except where there are reasonable grounds to believe that a parent of the child has engaged in violence or abuse or the presumption is otherwise rebutted by evidence. 3

There has been some uncertainty about the application of s 65DAA. This uncertainty was clarified by the High Court in the case of MRR v GR 4 HCA 4] in 2010. The High Court in 2010 reversed a long line of Federal Court decisions which it held were contrary to the intent of s 65DAA in the FLA.

Similarly, Taylor v Barker suggested a court need only consider whether an arrangement is reasonably practicable. In Korban, the court held that:

Thus, prior to 2010, the Federal Courts interpreted s 65DAA as giving them a wide discretionary power in taking account whether the child spending equal time was in their best interest and was reasonably practical.

The High Court, however, rejected this approach. MRR v GR 7 was a case about parenting order made in pursuant of part VII of the FLA. In that case, a family, comprising of two parents and a child (M), had moved from their residence in Sydney, NSW to Mount Isa in Queensland. The couple subsequently separated with the mother returning to her family home in Sydney and the father remaining in Mount Isa. The father applied for a parenting order under the FLA.

In the Federal Magistrates Court, FM John Coker made an order providing that M spend equal time with both parents, however, he also provided that if the mother should leave Mount Isa then the father would have sole custody of the child. The mother unsuccessfully appealed to the Federal Court. The High Court granted special leave to hear the case.

In MR v GRR, the High Court held that s 65DAA (1) is expressed in imperative terms. It obliges the court to consider both the question whether it is in the best interests of the child to spend equal time (par (a)) with each of the parents and the question whether it is reasonably practicable (par (b)) that the child spend equal time with each of them.It is only where both questions are answered in the affirmative that consideration may be given, under par (c), to the making of an order 8

What is Reasonably Practicable?

One important factor in deciding whether it is reasonably practicable for an equal time arrangement to be made is the distance between shared households. In Acharya v Sinha, 11 FamCA 1041, 322] it was held that the question of how far apart the parents live with each other would raise issues of great significance about reasonable practicality.

In MRR v GR, Justice Kenneth Hayne stated that in circumstances where the parents are living at a distance, reasonable practicality involves questions whether a party has to move 12 HCATrans 248]. The court further held that reasonable practicality encompasses issues such as the financial impact one of the party having to move to another places bearing in mind the prospects of finding employment, finding reasonable accommodation and, more generally, the quality of living conditions 13

In Polites v Stathos, 14 FamCA 1002 89] the court held that it was not reasonably practicable for the courts to order equal time arrangements with their parents because, partly, of the distance between the parent’s households. The parties in that case only lived 40 kilometres apart. The mother lived at the Northern Beaches in Sydney while the father lived in Sydney’s west. The children attended school at an unspecified suburb.

The court held that “the number of kilometres between the households might not preclude equal time were it not for the fact that it spans much of one of the busiest cities in the world.” Thus, “it would be burdensome for the children and could adversely impact on their parenting if they were to regularly travel across Sydney to go to and from school.”

In conclusion, when making an order under s 65DAA for an equal time arrangement, the Court must come to the conclusion whether it is reasonably practicable to do so.

In having regards to whether it is reasonably practicable, the court must consider the distance between the parent’s household and whether either of the parents would have to move in order for an equal time order to be reasonably practicable. The court is bound to have regard to the distance between the parties as well as the financial implications for a parent if that parent moved.