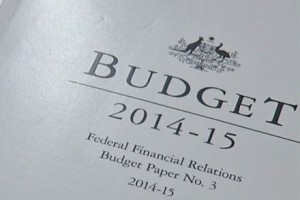 If these reforms are passed in their original form, they will have a significant impact on families, and in particular separated families.

Outlined below are some of the effects the proposed budget will have on separated families if passed in its current form.

Family tax benefits are payments supplied by the government subject to certain criteria to assist with the cost of raising children. Under the proposed 2014 budget, their payment rates will be frozen for two years. 1 This means that while inflation (and thus prices of milk, bread etc.) rises, these payments will not.

Family Tax Benefit Part A is a payment per child under 15 years, or aged 16-19 depending on meeting certain education and training criteria. It is awarded if you satisfy a means requirement, a residence requirement, your child is fully immunised and you care for the child at least 35% of the time. 2 Currently, the maximum payment per fortnight is $172.20 for each child aged 0-12 and $224 for each child aged 13-19 who satisfies the criteria. 3

The main payment itself does not have any changes, but some ofthe following changes are connected to this payment.

Under the current system, the maximum amount able to be earned before the Family Tax Benefit Part A is affected is increased by $3 796 for the second and every subsequent child. 4 Under the proposed 2014 budget, this will be removed. 5

Family Tax Benefit Part B is a payment for single parents and families with one main income. It may be awarded where the primary earner’s income is under $150 000 per year to a parent, foster carer, grandparent of other carer who has a dependent child under 16 or a secondary student under 18 for at least 35% of the time. 12 Currently, the maximum payment per fortnight is $146.44 where the youngest child is under 5 years old, or $102.20 where the youngest child is between 5 and 18.

Under the proposed 2014 budget, there are two very large differences that may affect separated families. Firstly, the maximum income of the primary earner will be lowered from $150 000 to $100 000. 13 Secondly, Family Tax Benefit Part B will no longer apply to children aged 6 or older from 2015. 14 However, this restriction will not commence until 2017 for those who currently receive Family Tax Benefit Part B.15

For many separated families, new and increased costs will need to come out of an already tight income.One such change is the heavily criticized introduction of a $7 co-payment for doctor’s visits, where maximum of ten payments applies to children under 16. 16

A further measure that will particularly affect separated families is unfreezing the fuel excise, so it continues to rise with inflation. 17 This will directly impact the separated families with some form of shared custody, which usually involves transporting the children from one home to another on a regular basis.

Many single parents have a Commonwealth Health Care Card or Pensioner Concession Card. Under the proposed 2014 budget, the National Partnership Agreement on Certain Concessions for Pensioners Concession Card and Seniors Card Holders will be terminated. 18 Without the federal funding for these programs, the State Governments may end concessions for programs such as public transport. However, there is no evidence that this would be the case at this point in time and it is possible that the state governments may find another way to fund concessions.

The budget also included the unveiling of the “Stronger Relationships” program, where couples can sign up online to receive a $200 voucher to be used on counselling and education. 19 It is available for “all couples in a committed relationship, including engaged, married, de-facto and same-sex couples” 20 to be used on counselling or education, including working through financial management or conflict resolution. This means that separated couples attempting reconciliation may receive some financial assistance to undergo counselling.

The federal budget has provided very little detail on Prime Minister Tony Abbott’s signature paid parental leave scheme, which has made it difficult to determine precisely what impact this scheme will have on separated families.

The paid parental leave scheme was not included as a separate item in the budget, however the Treasurer Joe Hockey did recently confirm that the threshold had been reduced from $150,000 to $100,000.

Hockey stated that the changes to the paid parental leave threshold was in line with changes to the family tax benefit payments Part A and B, which now cut off or phase out around the $100,000 income level. 21

Online Legal Information Author at Family Law Express
Susan Jayne is currently in her fourth year of attaining degrees in both Law and Psychology. While volunteering at a Psychology Clinic throughout her university studies, she’s aspiring to find a career which utilises her new found knowledge in both of her chosen fields.