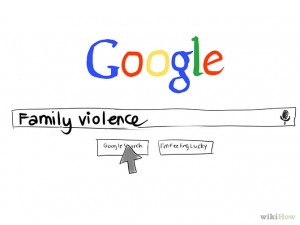 This article will look at the definition of family violence (also known as domestic violence) in more detail to see what kinds of behaviour could fall under this new definition.

More generally, this article aims to create a greater awareness of the different types of family violence that are now considered by the family law courts as family violence.

This includes a range of behaviours that most people would not typically consider to be a form of ‘physical assault’ or a ‘threat’ of violence.

Family violence can be defined in different ways depending on the jurisdiction.1.

For the purposes of the family law jurisdiction, the courts apply the new definition contained in section 4AB of the Family Law Act 1975(FLA) 2.as amended by the Family Law Legislation Amendment (Family Law and Other Measures) Act 2011.3

Section 4AB(1) defines family violence as “violent, threatening or other behaviour by a person that coerces or controls a member of the person’s family (the family member ), or causes the family member to be fearful.”4

Essential components to the definition of family violence: 5

It is important to note that this new definition has removed the requirement of “reasonableness.” Prior to the amendments of the FLA, the previous definition of family violence had a requirement for the conduct to cause a person “reasonably to fear for, or reasonably to be apprehensive about” their safety.6

The test used now is a factual one, involving a discernible link between action and response rather than a ‘subjective’ test of the mind of the victim. In other words, the courts will look at the facts of each individual case to see if there is enough evidence to suggest there was family violence.

(b)    a sexual assault or other sexually abusive behaviour; or

(f)     intentionally causing death or injury to an animal; or

(g)    unreasonably denying the family member the financial autonomy that he or she would otherwise have had; or

(i)      preventing the family member from making or keeping connections with his or her family, friends or culture; or

However, these are simply illustrations of family violence and the conduct doesn’t need to be in this list. As long as the conduct fits in with the above criteria in section 4AB(1), it can be seen as family violence.  Nevertheless, this list recognises that family violence can take many forms including physical, psychological and emotion.

As outlined in section 4AB(4), examples of situations that may constitute a child being exposed include (but not limited to): 9

It is also important to note that under section 4(1AB), this extensive definition of family violence also applies in the context of other family members, including step-parents and relatives.10

There have been numerous cases following the amendments which highlight the focus of the definition is now veryfactually based. Different conduct will be defined differently depending on the nature of the context and the factual circumstances.

The courts must examine the context in which concerns about violence have arisen. In Labine and Labine,11 the judge stated it is necessary for the court to both assess the degree of risk for the child when coming into contact with the alleged perpetrator and the consequences of any contact for the child and the other parent or victim.

To illustrate the application of the new definition, some examples of conduct which fell within the definition of family violence include:

Implications and Success of the 2012 Reform

The new definition applies from 7 June 2012 across Australia. It also applies in Western Australia from 5 October 2013 as parallel changes were made to the Family Court Act 1997 (WA).19

The family violence reforms have an overriding purpose of protecting children and families within the family law system from family violence and child abuse.20 The new amendments highlight family violence cannot be pinpointed to one quality and can arise in different contexts. It recognises that it is widespread in different forms and can occur in all socioeconomic and ethnic groups.

The amendments are gender neutral, just like the Family Law Act because all family members have the right to be free from harm and to live without fear of violence or abuse. 21

The amendments place children and their safety as a priority. The Family Court aims to deal with those cases involving the most vulnerable children as quickly as possible. 22

Since the reform, there has been a dramatic increase in filing Form 4 notice of Child Abuse, Family Violence or Risk of family violence affidavits. However, The Honourable Justice Steven Strickland and Kristen Murray noted that Form 4s may have been used for tactical or collateral purposes to obtain an earlier return.23

Nevertheless, it does show that there is a greater awareness of the family law reforms generally. 24

In terms of success, the Australian Institute of Family Studies are still in the process of assessing the impact of the amendments. The research is expected to be completed later in 2014 or early 2015. 25

However, the new definition does encompass a wider definition of domestic violence, and generally, there is a greater awareness of different types of violence that can fall under the definition.