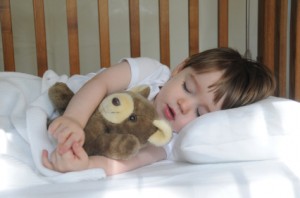 It is well documented in literature that the period from birth to about 2 years is a critical development phase for a child. It is in this period that a child’s attachments are established with their carers.1

Failure to maintain and promote healthy and secure attachments in children can have adverse long-term effects on their development.2 Risk of such failure is arguably heightened in cases where parents of the child have separated. This article attempts to address the long-standing and emotional debate surrounding parenting plans after separation – in particular, the appropriateness of overnight care for under 2 year olds.

Part 1 offers an overview of the laws governing the making of parenting orders in Australia.

Part 2 provides a brief history of research surrounding the appropriateness of overnight care for young children and concludes that inconsistency in research findings have left little guidance for those involved in making parenting arrangements.

Part 3 attempts to unravel these inconsistencies and suggest a way forward.

In making parenting orders, courts must apply the relevant legislation. An essential feature of the Family Law Act 1975 (Cth) (‘FLA’)is that a child’s best interest is the paramount consideration in parenting matters.3

However, somehow, these amendments have led many to assume that when the presumption of equal shared parental responsibility applies, an outcome of equal time will follow. 7 This is not necessarily the case.

The paramount consideration always remains the best interest of the child and the court may not make an order for equal time if the court finds this to be inconsistent with the child’s best interests. Courts are provided with the flexibility to take into account a range of factors listed in the legislation, other evidence such as family reports, and indeed even research findings when making parenting orders.

Given the need to promote secure and healthy attachments in young children under the age of two, there is a need not only to consider research surrounding this issue but to derive principles from research findings that can be applied in making age appropriate parenting orders. However as the proceeding discussion will reveal, past research findings have been inconsistent – hence, leaving little way forward.

The ‘McIntosh era’ began in 2010 when the government commissioned McIntosh to study the outcomes of different post-separation parenting arrangements including overnight care for infants and older children. The report produced stated that ’young infants under two years of age living with a non-resident parent for only one or more nights a week were more irritable, and were more watchful and wary of separation from their primary caregiver than young children primarily in the care of one parent.’ 8

The report concluded that ‘regardless of socio-economic background, parenting or inter-parental cooperation, shared overnight care of children under four years of age had an independent and deleterious impact on several emotional and behavioural regulation outcomes…at around age 4-5 years of age, these effects were no longer evident.’9The influence of these finding on the making of parenting orders in Australia has been significant.

However, according to a recently published paper approved by 110 leading experts, overnight care for infants is not problematic.10

McIntosh’s research, including the methodology incorporated, the lack of any longitudinal follow-up and the questionable choice of control subjects, has been largely criticised and with a large number of researchers publicly raising doubts about the findings.

The level of disagreement between researchers that has followed has left little room for guidance to be offered to judges and lawyers involved in crafting parenting arrangements.

Admittedly, past research reveals that we do not have steadfast answers to the issues surrounding overnight care for under 2 year olds. However, courts are being asked to decide on such matters regularly – hence, a working understanding of this issue is central to the making of safe and appropriate, if not optimal, parenting orders.

This article puts forward that given inconsistencies in past research, a blanket approach is highly undesirable. Hence, courts should be encouraged to view cases on a case-by-case basis, free from any presumptions about the effects of overnight care, and adopt a holistic approach.11

In doing so, courts can be guided by certain additional variables that have emerged consistently from past research, which have a bearing on the effects of overnight care, in deciding whether overnight care is in the best interests of the child in a particular case. These factors are discussed below.

Cashmore and Parkinson suggest that ‘overnights can matter but what matters more to these children is whether they occur on a regular, unchanging schedule.’12

Consistency has been used as an important variable in many past studies and has been shown to have a bearing on a child’s behaviour. Kline Pruett, Ebling and Insabella’sresearch in particular, stressfor the need of consistency. They even go further to suggest that overnight care may be beneficial if consistency can be maintained. 13 Hence, when making parenting orders, judges should consider whether the arrangement can remain consistent.14

A primary consideration in the FLA is the benefit to the child of having a meaningful relationship with both of the child’s parents. This raises the question: is alternating equal substantial blocks of time such as week-about arrangements for children under the age of two appropriate?

Cashmore and Parkinson comment that ‘apparently, many in the population think so.’ 15However, Cashmore and Parkinson highlight that ‘there is no support in the social science literature for parenting arrangements for children under four that involve alternating substantial blocks of time. The preponderance of expert opinion, based upon what is known about young children’s attachments and sense of time, is that a primary residence with one parent, regular contact with the other parent, and limited periods of separation from both parents are best for young children, and especially those under four.’16

It is equally important to bear in mind medical literature that reveals the fragile development stage of children under the age of two and their need for stable and secure attachments. 17

Furthermore, the FLA requires courts to consider the likely effect on the child of any separation from either of his or her parents. Cashmore and Parkinson suggest a cautious approach to awarding equal time for a child below two years of age.18 The paramount consideration is the best interest of the child and not notions of justice, equality or fairness amongst parents.19

III. Relationship Between The Parents

A holistic approach to this issue warrants scrutiny of the parent’s relationship when deciding to make overnight care arrangements. Solomon, discussing children over four years of age stated: ‘they continue to be subject to what every child is subject to, which is that the stress of parent conflict, whether it is expressed or suppressed, is simply a great burden for a child. That burden remains important to consider.’20

Parental conflict will not only burden a child (more so if conveyed to the child during transitions) but may also compromise the parents’ ability to remain attuned to the child’s needs. Indeed, interparental conflict may compromise the relationship of a child with his or her father figure because, as Solomon and George have commented, ‘fathers may be dependent on approval from and communication with the Mother to establish a relationship with the child in the early years.’ 21

Thus, it is essential that courts are mindful of the interparental relationship, including the parents’ willingness to cooperate and manage their differences, especially during transitions when deciding to make overnight care arrangements. 22

When making parenting arrangements, what is optimal may not necessarily be achievable given the practical realties of the situation, even where no risk factors such as high level of parental conflict or impaired parenting capacities etc are present. 23

Work schedules, travel time, and financial circumstances, are a few examples. For those who argue that any overnight care is inappropriate, it is important to bear in mind that in reality, many single parents work and children spend significant amounts of time away from their primary carer, either with babysitters, family members or in child care centres.

In fact, working mothers who have exclusive access to their child may find it extremely exhausting, and this may arguably strain the attachment of the child with the mother. This is certainly the view shared by Bunny Banyai, co-author of a parenting book Sh*t On My Hands, whose 18 month old daughter was denied overnight stays with her father post separation.24 Hence, it is equally important that parenting arrangements are viewed in a practical context.

This factor, to a certain extent, relates to consistency. In cases where parents previously lived together and played a shared role in caring for the child, the child would have formed attachments with both parents.

Research indeed shows that children can form attachments with more than one primary carer.26 In such cases, overnight care may be appropriate if parents are cooperative. The alternate situation, where parents separated before the child was born, or have never shared the care of the child, poses a more challenging problem.

Courts are obliged under legislation to consider the benefit to the child of having a meaningful relationship with both parents.27 However, as Cashmore and Parkinson put in, ‘ the law does not assume that benefit.’28They note that there is a difference between continuing a relationship on one hand, and creating a relationship on the other hand, especially in situations involving high level of inter-parental conflict.29

The difficulty then becomes; what are the ways in which the parent can form a relationship with the child, and whether overnight care is one of the ways to do so. 30 In such scenarios, Cashmore and Parkinson note that it is important to be realistic about parenting arrangements.31

It may be presumptuous to assume, in cases where there is high level of conflict, that in the first two years of a child’s life, secure and stable attachments can be formed and maintained with the child, given the child’s fragile development state and special needs. 32 However, it has often been argued that if separated parent’s avoid direct contact, then the conflict is never expressed.

Where parents are cooperative however, overnight care can assist in building a child’s attachment to both their carers and the child may very well benefit from such relationships as contemplated by s 60CC(2) of the FLA . 33

In summary, what is crucial is the overall context in which overnight care takes place. This article has argued that judges should adopt a holistic approach in making age appropriate parenting orders given the special attachment needs of young children by taking into account various factors, with emphasis on the above factors, which arguably have a weighty bearing on the success of overnight care for children under the age of two. Without definitive answers as to the effects of overnight care, it is unwise and risky to adopt blanket approach – the McIntosh era teaches us this, if nothing else.