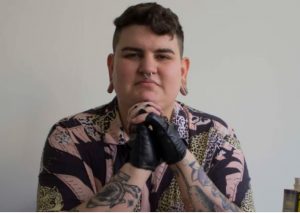 More than half of transgender and gender diverse Australians have been victims of sexual violence or coercion – almost four times the rate of the general population.

These are Australia’s long-hidden intimate partner violence statistics revealed on Tuesday in the largest study of its kind.

The Kirby Institute’s 2018 Australian Trans and Gender Diverse Sexual Health Survey of 1,613 people also exposes the harmful assumptions made by healthcare services about the gender, bodies and sex lives of these individuals.

More than 53 per cent had been forced or frightened into doing something sexually that they did not want to do; fourfold higher than the general population (13.3 per cent).

“It’s shocking and uncomfortable and sad, but it’s also affirming for those people whose experience of sexual violence was isolating and left them feeling like no one else understood them,” co-investigator Shoshana Rosenberg said.

Almost 70 per cent of respondents who experienced sexual violence or coercion reported multiple episodes of the abuse, compared to 45.3 per cent among the general population.

“The reality is that this is happening to such an extent that most people don’t report and simply internalise it because they are too scared or too underresourced – emotionally or otherwise- to seek justice or reparations or recovery,” Mx Rosenberg said.

People assigned female at birth were significantly more likely to experience sexual violence compared to those assigned male (61.8 per cent versus 39.3 per cent) and non-binary participants (not exclusively masculine or feminine) were most likely to report it (66.1 per cent).

Trans women were the least likely to report sexual violence but their rate of 36 per cent was still almost double that of the general population.

“This is something that bleeds into many of our experiences and how we talk to each other and how we negotiate relationships and our mental and sexual health,” they said.

More than half of respondents reported experiencing insensitive sexual healthcare, ranging from bureaucratic issues like not having appropriate gender options on forms to inappropriate touching and invasive questions.

“I went for a mental health assessment and was asked ‘What’s in your pants?’ and if I had any work done,” they said

“We are highly resilient in the face of extreme odds and that’s something that needs to be celebrated. But we should be allowed to have off days without the fear that if we drop our guard … that we will still have our humanity respected.

“So we are resilient but we are tired.”

The report was presented at the Australasian Sexual Health Conference in Perth on Tuesday.