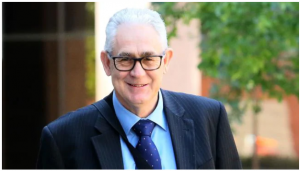 It was a Family Court psychologist’s report that came with a heavy cost. Not only in monetary terms — although at $25,000 the psychologist’s fees were high. But also in its human toll, which continues more than seven years after it was handed to the Family Court of Western Australia.

In October, Perth-based psychologist Dr Darryl Menaglio accepted a finding of professional misconduct over his preparation of the report. He has been banned from acting as an expert witness in Family Court proceedings for at least a year and ordered to pay a $20,000 fine.

Family Court of WA Chief Judge Gail Sutherland ruled on Monday night there is a public interest in “shining a light” on Menag­lio’s misconduct and facilitating discussion about the professional oversight of expert witnesses. She granted The Australian permission to name Menaglio subject to conditions.

For Menaglio, the misconduct finding was no doubt an unwelcome stain on his 38-year professional record.

But for a father and son — whose relationship fractured after his report was published — the impact has been far more profound.

Menaglio was appointed by the Family Court in March 2012 to prepare a report on what care arrange­ments were in the best interests of a then nine-year-old boy. He was the “single expert witness”, meaning his would be the only expert evidence in the case.

At the time of his appointment, the boy, “D”, had been dividing his time on a week-about arrangement between both parents, while they fought over D’s potential relocation to Germany. The boy had lived with his mother at one point over there; the father had brought the boy back to Australia without her permission in contentious circumstances.

Despite the tumultuous lead-up to their litigation, the judge, Jane Crisford, said the boy appeared to have had, until that point, “a generally close and loving relationship” with each of his parents. However, Menaglio’s report, handed to the court in May that year, was dynamite.

The report found that the father’s personality style was “psychopathic”. It also came with a warning — it was to be read by the parents in the presence of a Family Court counsellor, and released only when D was in the care of his mother.

“When people with the psychopathic style are exposed, they become depressed and angry and can do considerable harm to themselves or others. In the extreme this harm can extend to homicide and suicide,” Menaglio wrote.

He recommended D’s contact with his father be supervised until the court was “completely satisfied” he would be safe in his father’s care.

The mother’s reaction to the report was swift; she stopped all contact between D and his father and pulled her son out of school.

Sometime in 2009 or 2010, the mother, known as “Elaine Cape”, had read about “psychopathy” on the internet. She decided it fitted the father’s profile down to “the smallest detail”, according to Crisford’s judgment.

Ms Cape later told the court she agreed with Menaglio’s diagnosis “wholeheartedly” and was relieved the psychologist had “recognised and validated” her concerns.

However, when Crisford finally delivered her judgment 11 months later, she was not satisfied there was “any basis” on which the label “psychopath” could be used to describe the father. She said it was “glaringly obvious” that Menaglio’s report had “been coloured by the animosity between himself and the father”.

By then, the relationship between D and his father had “completely fractured”.

The father, “Derek Cape”, had been opposed from the start to Menaglio’s appointment as the single expert witness, preferring a Melbourne-based professor for the role.

The court went with the mother’s choice because of Menaglio’s availability, despite his “very high” costs.

In the words of another judge, Carolyn Martin, who handled the case at an interim stage, it was an “understatement” to say the men did “not hit it off”. They had dis­agreed about appointment times and the timetable for preparing the report.

Martin said while she did not necessarily share Menaglio’s concerns for the boy’s physical safety, Mr Cape’s time with his son should be supervised on a temporary basis because D had become trepidatious of his father. She ordered Ms Cape to send her son back to school.

By the time of Crisford’s final judgment in April 2013, there was no longer any “meaningful relationship” between D and his father. “Unfortunately, nothing could undo the effect the single expert report had already had on the court process, the mother and in turn, on D,” she said. Her decision raised concerns about the emotional risks posed to the child by both of his parents. His father could be overly critical and not always meet the boy’s emotional needs; his mother’s misery and need for support had pushed her son to take on a more adult role in their relationship.

The judge gave permission for the mother to return with her son to Germany. The boy was closer to his mother and she would be better able to support herself over there. She was satisfied that even before the expert report, his relationship with the father was not as close as Mr Cape believed it to be.

Once Ms Cape left Australia with their son, she cut off all contact, according to the father.

D will turn 18 next year and his father will have missed out on the remainder of his childhood.

Mr Cape told The Australian last year it was difficult to describe what it was like to lose a child in such circumstances, and harder to live with the idea his son had lost half his family. “I find myself sharing thoughts with my absent, distant son every day,” he said last year. “I have a place where I share memories in private with him, in a diary, in the hope that I might one day be able to share them with him.”

After the litigation ended, three other psychologists who had been involved in the case took the highly unusual step of signing a joint statement that said they rejected the allegation the father was “in any way psychopathic”.

They said they “strongly disagreed” with Menaglio’s report and had seen evidence the boy’s relationship with his father before this point had been “good, healthy and strong”.

In her judgment on Monday night, Sutherland raised doubts about the authenticity of this document. However, The Australian has spoken to two of the three psychologists involved, who confirmed its authenticity. It is understood the document was prepared for the purpose of legal proceedings in Germany.

Menaglio agreed in the State Administrative Tribunal last month that he had failed to act with the care and skill expected of a competent psychologist, by attributing traits of psychopathy to the father in circumstances where he had insufficient data or clinical evidence to justify it.

This would have involved engaging a specifically trained psychologist to administer a diagnostic tool used to measure psychopathy. He accepted that he had conveyed that the child required protection from the father, in circumstances where he had insufficient data or clinical evidence to justify that conclusion.

Menaglio continued to act as a single expert witness in the Family Court for five years after his involvement in the Cape case.

According to an agreed statement of facts provided to the State Administrative Tribunal, he provided numerous reports for the courts over an 11-year period from 2007 to 2017, until he voluntarily ceased this role because of the instigation of disciplinary proceedings by the Australian Health Practitioner Regulation Agency. According to the statement, the conduct was an isolated case in the psychologist’s “long and distinguished” career.

His website continued to advertise his services as a family law expert until recently.

Sutherland chastised The Australian on Monday night for not reporting on events that occurred after the mother returned to Germany, and other aspects of the report that she said were not factually accurate or fair. She said The Australian’s draft article was overly sympathetic to the father. This article has been changed to reflect her comments.

According to court documents filed by Ms Cape as part of The Australian’s legal case, the father was convicted of child abduction and sentenced to 10 months in prison. This occurred after the Family Court of WA had already found Mr Cape’s return of the child to Australia was not wrongful and that the child’s habitual residence was in this country.

Mr Cape believes it took too long for the medical regulator to take disciplinary action against Menaglio to be disciplined, and that the ruling, when it finally came last month, made him “terribly sad”.

“There is an exceptional lack of scrutiny enjoyed by court experts who are responsible for some of the most important decisions in the world — what happens to our children,” he said.

Psychologists play a key role in the family courts, helping judges to make difficult decisions about what care arrangements are in the best interests of children and to assess abuse allegations.

However, many litigants complain about the performance of some experts.

The Australian Law Reform Commission earlier this year recommended an accreditation system for family report writers because of concerns raised about the quality and integrity of reports, particularly those produced by private professionals, not employed by the court. Menaglio’s identity was protected until now by section 121 of the Family Law Act, which prevents the naming of any witnesses to family law proceedings, even independent experts.

University of Queensland law dean Patrick Parkinson recently told The Australian that although section 121 had a valid purpose of protecting families, in his view there was “no reason” to prevent the identification of professional witnesses. It made it “almost impossible” for journalists, academics and researchers to scrutinise their performance, he said.

The Australian Health Practitioner Regulation Agency was able to point The Australian to only one other case in which a psychologist had been disciplined for their conduct in family law proceedings.

The psychologist’s registration was suspended for 18 months after she accepted she had failed to properly consider the possibility that allegations that a three-year-old had been sexually assaulted by her father had come from the child’s mother or grandmother. The psychologist had sent a report to police that sought to influence their investigation, and “transgressed professional boundaries”.

The Australian cannot name her because of section 121.

Earlier this year, the ABC also revealed that a prominent psychologist had been charged with historic child sexual abuse. The psychologist is understood to have acted as an expert in at least one or two family law cases.

Liberal senator Sarah Henderson, who led an inquiry into family violence, recently called for section 121 to be reformed to improve transparency. Attorney-General Christian Porter told The Australian the government was considering the ALRC recommendation for an accreditation scheme and “how section 121 should balance privacy issues with open justice”.

For Mr Cape, reforming the system for others would offer some consolation for the damage inflicted on his own family.

The Family Court of WA’s judgments in the “Cape” case and its decision allowing Dr Menaglio to be named are available at www.familycourt.wa.gov.au.