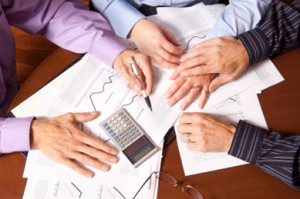 DIVORCE has no winners, but who are the biggest losers? Research has found that women are often worse off financially, at least in the short term. But some men will disagree.

With one in three marriages ending in divorce, most of us are affected by it either directly or through friends. The results are rarely pretty and both partners can end up in a less than ideal situation.

A straw poll of those who’ve been through it found the attitude and personality of your ex could play a big role in whether you were left poverty stricken or coping well emotionally and financially.

Some also give up the right to some financial benefits to keep the peace.

When Jane’s* marriage broke up, she could have claimed more from her ex-husband to care for her two boys, but avoided a bitter battle for the sake of her children.

As a result, Jane, who had another child and is now single, communicates well with the boys’ father.

They even organised a Queensland holiday where the kids spent part of it with her and part with their dad. Jane is also studying and hopes to support her family in the long-term.

“We can have very civil conversations,” she says of her ex. “We’re one of the few ex-couples who may be able to have an ongoing relationship.”

Jane’s story reflects new research led by the Australian Institute of Family Studies that found equivalised household income after divorce declined for women but not for men. (Equivalising household income adjusts it to take account of the different needs of households of different size and composition.)

The research found some women recovered their income after six years through re-partnering, increased work participation and a larger proportion of income coming from government benefits.

But women with dependent children found it difficult to recover their pre-divorce income and divorced men and women had a lower household income before separation than those who remained married.

Though, like Jane, most divorced women were able to recover their income position over six or seven years, men recovered less well emotionally over that period.

“If the wife, post-divorce, stays home with children, she not only loses income and opportunities during that period while the husband’s opportunities magnify, but superannuation as well,” Jane says.

“The other factor that impacts on the outcome is the educational background of both parents. If this is similar in that they are both significant earners, then the outcome tends to be similar for both parents as in these instances they tend to do shared care.

“However, the greater the difference in educational outcomes, the larger the variance will be both in the short term and long term. Overall divorce is costly in terms of finances, health and general wellbeing.”

When Bruce’s* wife left him and their three children it was relatively amicable and he helped set her up in another place. He also paid some of her costs and bought her a $20,000 car.

Despite Bruce having custody, paying the mortgage, school fees and bills, she has now started legal proceedings for half of everything when she left.

“This means half of my super, half of the small amount of equity we had in the house and – I gather – half of all the chattels, even though some of these have died in the interim and been replaced,” he says.

I can’t save and am now holding a lot of short-term debt and I’m still paying for everything for three teenagers.”

Since they separated Bruce has not had any child support and because the children are taken by his ex one at a time, he rarely has time alone with his new partner. While he’s not bitter and his separation was mostly amicable, he says men can find themselves worse off financially.

“I don’t mind giving her what she is entitled to,

I just don’t want to have to be forced to either sell the (unrenovated) family home or have to comply with her ‘demands’ … without taking into consideration what she has already taken or has been given.”

Helen* can relate to Bruce. Her ex-husband waited until her father died before leaving her and after a protracted court battle got half of her inheritance. In the nine years since she has had to fight him in court and seek 15 court orders relating to their son.

For all the pain and financial distress, she has learnt not to “sweat the small stuff” and advises others to pick their battles in the child’s best interests.

For example, it may be worth ignoring hurtful comments and letting the ex take the child to swimming lessons and focus on contact time and other fundamental issues such as religion.

“You’ve just got to put your energy reserves into the important stuff,” Helen says. “It doesn’t matter who takes him as long as he goes. Pick the battles that you know are important.”

AIFS senior research fellow Dr Lixia Qu says it is not surprising women are generally worse off initially because most children stay with them and they often work part-time or are unemployed.

Personality is not covered by the research, but Qu says other studies find separated parents who go to court for parenting agreements tend to have poor inter-parental relationship and other issues, which can have a negative impact on their children.

“It is important for parents to handle separation as amicably as possible and maintain a positive or co-operative relationship with the other parent,” she says. “Exposure to parental relationships characterised by conflicts, fear (or) violence can affect children’s adjustment after separation.”

Qu adds that being tough in divorce negotiations is not necessarily the financial answer for women with dependent children. “The issue should be considered in broader social context, for example, closing the wage gap between men and women, and greater support for mothers (and fathers) in the workplace,” she says.

* Names have been changed.