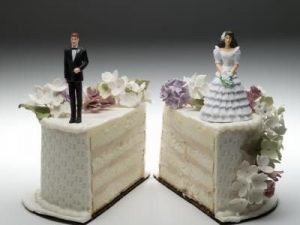 A MARRIAGE break-up has cost a couple 11 years, more than $1 million in legal fees, a judicial “marshal” and now the “emotional collapse” of the ex-wife – still without a result.

The drawn-out legal saga is revealed in a judgment handed down in the Family Court of Australia and shows just how far the couple has gone in their fight over property.

Justice Stephen Thackray recently refused to allow any more delays in the case, despite being told the wife was now too depressed to instruct lawyers.

“This litigation has gone on for far too long,” Justice Thackray said of the case, which started in 2001.

He dismissed the latest application to delay, citing the court should not waste any more time.

A three-day appeal hearing will now go ahead next week in the hope the litigation will finally be resolved.

“I should note that the resources of the full court are extremely stretched at the best of times,” Justice Thackray said.

“This court should not waste the time that has been set aside for some months now.”

Both partners hired QCs, who represented them throughout most of a 59-day trial, which involved shuffling more than 8000 pages in legal briefs.

An initial judgment was handed down two years ago, but the ex-husband appealed.

He then continued to amend his appeal, an event which occurred on so many occasions he had to be “restrained” from filing amendments.

Justice Thackray said there were “many directions hearings along the way” and the wife had estimated her legal costs were “in excess of $1 million”.

A judge was even appointed “judge manager” to marshal the parties so a hearing could be reached.

Justice Thackray said he sympathised with the ex-wife, who suffered an emotional collapse on the day she received her ex-husband’s 20-page argument.

He said it was “entirely unsurprising” that a litigant would suffer the stress and anxiety she was under, given the “complex and very expensive litigation” that had been “on foot for over a decade”.

But he said he was not persuaded that she could not make an argument, despite being without a lawyer and suffering major depression.