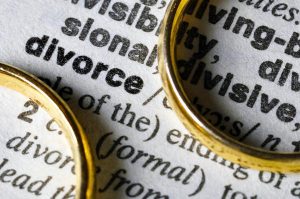 WA DIVORCES have hit a five-year high, but in the rest of the country fewer married couples are calling it quits.

Latest figures from the Australian Bureau of Statistics show there were 5020 divorces in WA in 2011 a 3.8 per cent increase on the previous year.

Social researcher Mark McCrindle said WA was bucking the trend because of population growth and the impact of the fly-in, fly-out lifestyle.

“It’s probably not surprising that if you’ve got a population base that’s very mobile, people are moving jobs, moving homes, moving socio-economically in terms of big salary changes, you’re going to have some strains on those marriages and a higher number of divorces,” he said.

The number of divorces across Australia has fallen nearly 12 per cent in the past decade.

But Mr McCrindle predicted WA’s divorce rate would continue to increase slightly in the coming years as “one of the unintended consequences of the mining boom”.

“You have a social context of people who were on the east coast on $50,000 as machine operators heading west and suddenly on six figures, you’ve got a FIFO workforce, you’ve got families going from one income to two significant incomes, and you’ve got people living in more regional and remote areas because of where the work is; you’re going to have fractures in relationships,” he said.

“The other thing is interstate migrations, so when you have couples heading west from other states, they may not have broader family support or their social network and its less likely a marriage under strain is going to last.”

Relationships Australia WA clinical services director Susan Visser was reticent to attribute the change in divorce rate to any one factor.

“Definitely we saw during the global financial crisis that money became a bigger factor among couples using our services as a strain on their relationships, and I think that’s still quite real now with the financial pressures on families in WA,” she said. Mrs Visser said the impact of a fly-in, fly-out lifestyle on relationships could not be ignored.

“We have seen it so significantly, we actually run courses for FIFO people to help people develop skills to navigate through a FIFO relationship, ways to stay in contact with one another, ways to hold the family together,” she said.

“The main thing is how we deal with all these issues and these pressures that may lead to the divorce.”

Research by Murdoch psychology honours student Wendy Voysey showed partners of FIFO workers were less satisfied with their spouses’ roster than the workers themselves.

“The workers are actually quite happy (but) the partners reported being less satisfied with their relationships on a relationship-quality scale,” Ms Voysey said.

She said her research, which surveyed more than 500 FIFO workers and partners, also found partners who had children reported they were less stressed than those who had no kids.