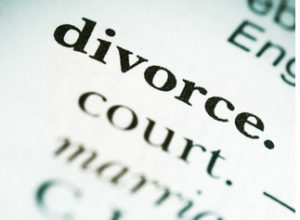 Divorce is bad for your bank account, particularly for those who stay single, new research shows.

It found those who divorce were likely to have had lower household incomes prior to their marriage break-up than those who remained married.

Unless they remarried, the divorce then widened the financial gap.

Men who stayed married had a median net household assets level of $1.044 million in the age range 55-64, while their single divorced counterparts had just $282,000 in assets.

Those who had divorced and repartnered fared better, with a median level of $844,000 in the same age range.

For single divorced women, the outlook was also poorer compared to those who stayed married.

At ages 55-64, women who stayed in their first marriage had a median assets level of $1 million, while their single divorced counterparts had $355,000.

Divorced women who repartnered fared better, having a median asset level of $809,000 in that age range.

AIFS senior research fellow Lixia Qu said 55- to 64-year-old single divorced women might fare better in asset levels than their exes, because they more often became the primary carer for children and so kept the family home.

But she said divorce had a significant financial impact through to retirement for both parties.

“Divorce has a big impact on both men and women, whose assets continue to fall behind married households,” Dr Qu said in a statement.

“And this impacts significantly on retirement income for divorced men and women who remained single, making them more reliant on government support to get by.”

Divorce also had a significant impact on women’s immediate equivalised income levels, a figure which adjusts actual income to take into account the number and age of people living in a household.

While men’s equivalised income levels generally continued to rise, women’s dipped considerably immediately after a divorce, but often recovered over six or seven years through a combination of increased employment, repartnering and increased government benefits.