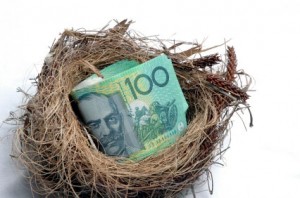 A WIFE should pay her estranged husband about $25,000 more than seven years after the couple separated and reached an informal property settlement, a court has ruled.

Their situation had changed since the agreement, and it would be unjust to hold them to it, even though the husband had been violent and had spent considerable amounts of money on alcohol, drugs and gambling, the Federal Court magistrate Philip Burchardt said.

The Melbourne couple, who cannot be named, had been married for more than 20 years and had four children under 20 when they separated in 2004. They have not been divorced.

The wife, known as Mrs Dixon, told the court they had agreed she would remain in the mortgaged matrimonial home with the children, while he kept an investment property, a car, and his larger superannuation.

Even though her husband denied such a deal had existed, the magistrate – who described the wife as an ”excellent witness … and transparently honest” – said he had no doubt they had come to the agreement Mrs Dixon had described.

Both sides had considered it a fair agreement at the time and ”as a matter of very superficial impression” it would have been appropriate, he said.

But, Mr Dixon’s life ”went into something of a tailspin” after the separation, the court heard. He had drunk six to 12 stubbies a night and smoked cannabis almost daily during the couple’s marriage, but this increased after their separation, when he also started to gamble.

Mr Dixon, now 53, also lost his job and ”conducted his affairs so inefficiently and negligently that he was made bankrupt”.

His health worsened, he is an invalid pensioner and rents accommodation cheaply.

Lawyers for Mrs Dixon, 52, strongly argued the 2004 agreement should stand, even though it had not been formalised.

But Magistrate Burchardt said: ”Their positions have changed radically since then. The parties simply did not foresee the very unfortunate march of events that has transpired and to hold them to their bargain as a matter of justice and equity at this stage would plainly be unconscionable.”

A family law barrister Grahame Richardson, SC, said a 12-month time limit applied to property claims only after divorce. In cases where parties had separated, ”the court’s hands aren’t tied by anything the parties [agreed] informally”, he said.