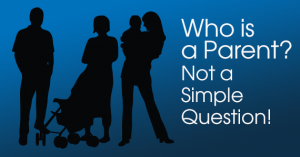 The Attorney-General, George Brandis, has released the Family Law Council’s report on Parentage and the Family Law Act, which calls for a coordinated international response to the issue of overseas surrogacy arrangements.

The report, which the government has been in possession of since December last year, was commissioned by the previous Labor government.

Surrogacy has been thrust into the spotlight after a baby born to a Thai surrogate mother was allegedly abandoned by an Australian couple.

David and Wendy Farnell, from Bunbury in Western Australia, were accused of abandoning Gammy because he has Down’s syndrome, and keeping his healthy sister. They later told media they wanted to keep both children but were forced to leave Thailand with just the girl when the Thai surrogate threatened to involve police.

It was also revealed the Australian father has multiple convictions for child sex offences.

The Family Law Council’s report on parentage and the Family Law Act, released by Brandis on Thursday, “considers whether the outcome of a family law matter is affected by the way in which a child’s family was formed and who is considered to be a ‘parent’ under the act.”

Included in the terms of reference was the request to explore “any amendments that would assist the family courts to determine the parentage of children born as a result of assisted reproductive technology, including surrogacy, where the state and territory acts do not apply.”

Hundreds of children have been born to Australian couples through commercial overseas surrogacy arrangements despite its prohibition, and are at risk of having no secure legal relationship to their parents, the report said.

The former department of immigration and citizenship told the council it estimated there were at least 100 cases each year.

Family courts have received applications for parenting orders from families in this situation because the surrogacy arrangement didn’t meet legal requirements for a “transfer of parentage.”

The report said there was a wide range of submissions received on the subject, including people calling for the law to stay as it is, and others proposing changes to allow the courts to give automatic effect to overseas birth certificates and surrogacy agreements.

“Council is conscious that the number of children conceived as a result of overseas commercial surrogacy arrangements has increased dramatically in the past several years, despite the existence of Australian laws prohibiting such arrangements,” read its executive summary.

“Council believes this issue requires a coordinated international regulatory response of the kind embodied in the Hague Adoption Convention.”

The Hague convention “protects children and their families against the risks of illegal, irregular, premature or ill-prepared adoptions” overseas.

In the meantime, it said the family courts should be assisted in “addressing the concerns that underpin current state and territory surrogacy laws (such as concerns about exploitation of surrogates and to protect children’s identity rights) whilst also recognising the need to ensure that children born of illegal surrogacy arrangements are not disadvantaged by a lack of legal status.”

Among its 19 recommendations covering multiple aspects of the Family Law Act, the council said there should be easier transfer of parentage from a surrogate and her partner to parents after the baby is born, as long as “safeguard criteria” is met.

“Council believes that a process of judicial oversight (rather than a contract-based presumption, or prescribing overseas jurisdictions) is necessary given the current, largely unregulated, circumstances of some overseas surrogacy markets. These unregulated markets give rise to concerns about the arrangements, including issues of full, informed consent of surrogate mothers and the (identity) rights of the child.”

It recommended new status of children legislation with requirements to ensure that any change to parentage was subject to the best interests of the child, including provisions for when parties change their mind, and the requirement of evidence of a surrogacy arrangement, including any payments made.

Requirements also covered a child’s access to information on his or her genetic or cultural origins, and that orders must be made in relation to all children in the case of multiple births.

“Consideration should be given to whether the intending parents have acted in good faith in relation to the surrogate mother,” it continued.

It also recommended that “The law should provide scope for the recognition of more than two people to have parental responsibility for a child where that reflects the social reality of that family.’’ This would allow children to have more than two parents.

It also found that  children born in overseas surrogacy arrangements are at risk of having “no secure legal relationship” to their Australian parents.

The Family Law Council also found that there is uncertainty about the parental status of known donors of genetic material in assisted reproductive cases, noting that when a single woman has a child through measures like IVF, the Family Law Act does not explicitly exclude the donor from being found to be a parent.

The Council also said the family courts should have a power to affect a post-birth transfer of parentage from the surrogate (and her partner) to the intended parents where certain safeguards had been met.

It said the grant of citizenship by descent did not mean the intending parents were considered legal parents in Australian law and this meant these children were vulnerable if there is no legally-recognised parent in Australia.