A couple desperate for a baby turned to a surrogate for help. What happened next ended with a mother erased from her son’s life forever. 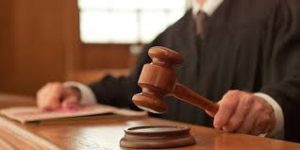 A surrogate mother has been stripped of her parental rights after the baby boy’s biological parents won a court battle to erase her from the child’s life.

The Queensland woman, 32, wanted to spend increasing amounts of time with the boy, amid a bitter and messy feud with the biological parents, one of whom is a relative.

The relationship between the two parties broke down during the pregnancy to such an extent the biological parents believed their unborn baby was being “held hostage” by the surrogate who was “using the baby to extort money”.

It even escalated to the woman threatening to have the child aborted.

Court documents revealed the birth mother instructed a lawyer to write to the couple that “implicitly threatened on behalf of the birth mother that she would neither hand over the child to the genetic parents after it was born, nor consent to a parenting order being made in their favour” and “sooner the better” start speaking to her “kindly”. The legal threat was made just two weeks before the baby was born in April last year.

The matter went to trial in the Family Court in February. In a recent judgment, Justice Peter Tree ruled in favour of the biological parents as having “equal shared parental responsibility” for making decisions about major long-term issues regarding the child” and be “solely responsible for [his] daily care, welfare and development”.

The birth mother was also forced to change the child’s name on the birth certificate.

Under the Family Law Act, the birth mother had shared parental responsibility with the biological father — but Justice Tree said that was not in the child’s interest.

“However I am satisfied that it would not be in the best interests of the child for the birth mother to have any parental responsibility for him, because no parties’ proposal would see the child ever live with her, and to allow her input into decision making would be unworkable, because of the intractable hostility between the genetic parents and the birth mother, which seems insoluble and likely permanent,” he said in the judgment.

He slapped down the birth mother’s attempt at some involvement in the child’s life, saying it was a matter entirely for the parents.

“The child shall spend no time with the [birth mother] save and except as may be determined by the Applicants at their sole discretion.”

Exposing the child to the hostility between the adults was a “recipe for disaster”.

The biological mother and father, who are aged 44 and 40 respectively, invited the birth mother to their home for dinner in early 2015. It was at this dinner that they told her about their struggle to have a child and asked her to consider becoming a surrogate.

They had been unable to conceive and the mother had then battled breast cancer, which left her unable to carry a child.

When the relative agreed, they drew up a surrogacy agreement that included a paragraph that said: “The birth mother intends to carry the embryo to term and following the birth of the child to hand the child to the intended parents so that they may bring up the child as their own child.”

It went on: “The intended parents intend, following the birth of the child, to make an application for a Parentage Order as provided by the Surrogacy Act 2010.”

Also part of the agreement was that the biological parents would pay the birth mother’s costs. It noted, however, that she had the right to manage her pregnancy and the birth.

Much of the dispute between them that followed was about money — the birth mother claimed the couple were late with payments and some didn’t arrive at all.

Another source of conflict was a perception by the birth mother of disinterest from the couple, who she accused of disengaging with her. But Justice Tree said that illustrated a “lack of insight into the sensitivities of the genetic parents based upon their past experiences, and the genetic mother’s personality”.

‘THE BIRTH MOTHER’S THREATS WERE FAR FROM IDLE’

In his judgment, Justice Tree said that in hindsight the personalities and expectations of the biological mother — who admitted she was “a control freak” — and the birth mother were not compatible.

But also an issue was the “divergent expectations” as to the level of payment the birth mother would receive during the pregnancy.

“Indeed this seems to have been manifest from a very early stage. For instance, although she had only been successfully implanted with the embryo on 3 August 2015, as early as 12 August, the birth mother was complaining to her psychologist that the genetic parents were “not treating her like other intended parents. Other surrogates are showered with gifts.”

It emerged during the Family Court trial the birth mother told her counsellor she was regretting the pregnancy and was thinking “of using a coat hanger to induce abortion”.

She told the counsellor if the genetic parents didn’t start treating her well “then they are in for a shock”, the trial heard.

The psychologist’s notes tendered at the trial revealed the biological father felt [the birth mother] was “holding their baby hostage”.

Then in February 2016, weeks before the birth, the birth mother decided to break of all contact with the couple. Within two months her solicitor wrote a detailed legal letter in which they:

The letter noted costs incurred to that point by the genetic parents were about $20,000 — but he normally advised his clients to budget for a sum of $60,000.

Justice Tree said: “The birth mother’s threats were far from idle. Towards the end of the pregnancy she was in advanced negotiations with an adoption agency, whose representative travelled to be at the hospital around the time of the birth, to take delivery of the child if he was relinquished [by her].”

The birth mother gave an extraordinary interview to the ABC’s 7.30 program in the days before the birth in which she claimed the couple hadn’t paid her properly.

“They asked me to give them a baby. I’ve got the baby. They were supposed to pay my expenses and they’re refusing. They’re holding me to ransom. They’re blackmailing me.

She went on to say: “I’m gonna let her have him for a little bit, see what it’s like … I’m gonna take him from her arms. And I’m gonna say: ‘You pay my money or you don’t see your son ever again.’”

Asked if she was holding them to ransom, she said: “I have every right. It’s a business deal, isn’t it? It’s not a friendship.”

‘DISGUSTING BEHAVIOUR’: AFTER THE BIRTH

After the baby was born in April 2016, he was taken to the biological parents and stayed with them in a room at the hospital with them. But early the next day the birth mother met with the adoption agency, and by late that afternoon she requested the boy be returned to her and “negotiations” began as to whether the birth mother intended to pass the child back to the genetic parents.

On April 15, after spending a few minutes with the child, the child was discharged into the care of the genetic parents where he has remained since. But the legal battle was only just beginning.

The judgment said the birth mother’s solicitors sought payment of a further $21,351.59 “to move the matter to a parentage order” in August 2016.

Part of the payments she was demanding were to meet the costs of ongoing counselling. The payments she said she was owed were paid into her lawyer’s trust account after the birth.

“It appears as though at about that time the birth mother was reminding the genetic parents that she was still legally the baby’s mother, and was wanting to know details of his progress.”

A surrogacy guidance report compiled that month recorded how bad the relations between the parties had gotten and their poor views of each other.

The birth mother told the report writer “even now I want to have [the child] back and put him up for adoption. [The genetic parents’] behaviour has been really disgusting.”

She later texted the writer and said she was “seeking shared custody of my legal son” with the intent to put him up for adoption, and gave evidence at trial her fears the genetic mother was “suicidal and homicidal”.

In arriving at his decision, Justice Tree said he was concerned about the erratic changes in what the birth mother wanted to do with the child.

“However, the fundamental difficulty which this case presents is that, so long as there is a substantial prospect that the child will be exposed to adult conflict and hostility by virtue of having a relationship with the birth mother, any benefits that might ensue from that relationship would be vastly outweighed. Sadly, I am well satisfied that the birth mother remains angry, hostile, offended and desirous of punishing the genetic parents.

“I share [psychologists] concerns that the birth mother may be using the child to punish his biological parents, in that she is using her legal rights in a way which she knows is deeply upsetting and potentially harmful to them. I accept the submissions of the genetic parents that the birth mother ‘is locked on a revenge path’.”