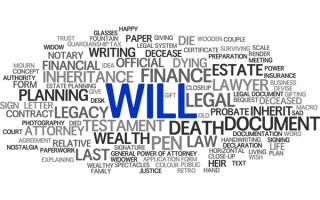 The couple officially divorced in 1995 and the Family Court made orders awarding the former wife $164,000, which equated to about 38% of the asset pool of the parties.

She appealed this decision, but the appeal was dismissed. She then phoned her former husband and threatened to “destroy his life” and “make his life a misery” if he did not pay her an additional sum.

Ex-wife proceeds to carry out threats

She carried out her threats in a campaign of what the court described as “relentless hostility” and “relentless persecution” of her ex-husband, taking professional disciplinary action against him, applying for reviews of child support, initiating legal action against him for damages and refusing to allow him to see his daughter.

In addition, she complained to police and sought an apprehended violence order against her ex-husband. Those proceedings were dismissed. The ex-wife also alleged that her husband had sexually abused their daughter. The husband was interviewed by police at that time and no further action was taken.

In 2014 he died intestate, that is, without a valid will. He had only been married once and their daughter was his only child. While the man had instructed his lawyers to draw up a will, he had never executed it.

The draft will set out his reasons for not leaving anything to his ex-wife, among them that she made “many and false allegations against me which were proved groundless and made a false complaint against me to the police alleging that I had sexually abused my daughter and these allegations have caused me great distress”.

Under the laws of intestacy, the deceased’s daughter was entitled to the whole of his estate, which was worth approximately $5 million. The daughter was estranged from her mother when her father died and her mother demanded that part of the estate be distributed to her. She claimed she required funds to purchase a property to live in and for future medical costs. At the time of trial she was unemployed and relied upon a disability support pension.

The case for the ex-wife

The case for the daughter as administratrix of the estate

So, which case won?

Well, initially, the ex-wife did in fact win, as unpalatable as that may sound. But on appeal?

At first instance, in the case Lodin v Lodin; Estate of Dr Mohammad Masoud Lodin [2017] NSWSC 10, the ex-wife was awarded $750,000 plus costs. Even though there had been a property settlement between the parties following their separation, the court found there were factors that warranted the making of the former spouse’s application.

The deceased’s ability to accumulate wealth was facilitated by his ex-wife’s assumption of responsibility for the care of their child (who was not quite six years of age at the time), until she became independent at the age of twenty-one.

The court also took into account the fact that the break-up of the marriage had unusual and long-lasting consequences for the ex-wife.

Noting that there was “something unbecoming” about an arrangement which would leave the ex-wife in financial need, reliant on a social security pension, while the daughter whom she raised would inherit in excess of $5 million, the court decided that the deceased’s estate was ample and this warranted provision being made for his ex-wife.

In the case Lodin v Lodin [2017] NSWCA 327, the estate of Dr Lodin appealed the Supreme Court decision on several grounds, among them that the decision was “so divorced from reality, so unrepresentative of community standards or expectation, and so totally inconsistent with the objects and principles of family provision legislation as to be wrong and thus deserving of appellate correction.”

The court allowed the appeal and dismissed the proceedings by the ex-wife. An order was made for the former wife to pay her daughter’s costs.

The court found the difficulty with the decision at first instance is that it presumed the deceased had a moral responsibility to make testamentary provision for his former wife because his estate was significant and the sole beneficiary of his estate, being his daughter, was a member of the deceased’s family for whom the former wife had had responsibility.

According to the Court of Appeal, the fact that the deceased’s former wife was responsible for raising their child did not create any social, domestic or moral obligation for the deceased to make testamentary provision for her.

Another factor which the court took into account was the fact that the ex-wife had made serious allegations against the deceased which were not upheld.