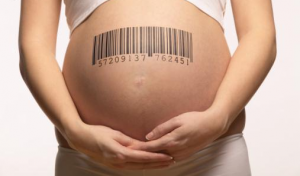 AUSTRALIA should legalise commercial surrogacy to stop the exploitation of poor women and protect the children caught up in the booming overseas surrogacy trade, according to the chief federal magistrate.

”We would know women here wouldn’t be forced or threatened to carry a child and that they will be paid more than a few hundred dollars and receive proper medical care,” said Mr Pascoe, who believes Australia’s ”completely unsatisfactory” surrogacy laws could be overhauled within two years.

Altruistic surrogacy, where the woman carrying the child is not paid, is legal in all states, but commercial surrogacy is banned. Overseas commercial surrogacy has also been criminalised in NSW, Queensland and the ACT, but that has not stopped hundreds of prospective parents travelling to countries such as India where for less than $100,000 they can have a baby by a surrogate.

Mr Pascoe said his proposal, which would require intending parents and the surrogate to enter into an equal contract that would protect rights of both parties, promotes the best interest of surrogate children.

”The status of the newly born child is therefore beyond doubt, and the law can provide provisions and benefits for the child as an Australian citizen,” he said. ”Right now, children of overseas surrogates face a very uncertain legal situation regarding parentage and nationality.”

Many Australian couples have been stranded overseas and forced to live in third countries, unable to gain citizenship for their surrogate child because of the ”ambiguities about the definition of parent and child in the Citizenship Act”, Mr Pascoe said.

Chairwoman of the council, Associate Professor Helen Rhoades, said the review was timely as parentage laws were not keeping pace with the rapid advancement of assisted reproduction technology. The council will call for public submissions this month.

Sam Everingham, president of Surrogacy Australia, praised the proposal as an improvement of a system that had largely failed, but said it was naive of Mr Pascoe to think people would comply with the ban on overseas arrangements.

”Some states have already banned it and Australians are still going overseas. It’s hard to police and unworkable,” he said. ”I’m also worried about over-regulation, because it’s caused huge problems for parents who want to adopt children from overseas.”

”We should not create a situation in which we coerce people economically. I think it’s an unfortunate outgrowth of the capitalist society,” she said.

Kelly, 40, from New South Wales, gave birth to a surrogate child for an acquaintance in 2004, a time, she says, when laws were underdeveloped and confusing.