Women separated from their husbands, but not divorced, will no longer have to get their estranged spouse’s permission to access IVF in Victoria.

It follows the advice of an interim report i 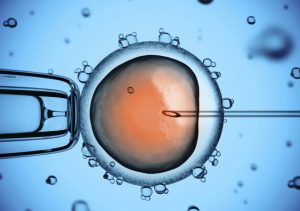 nto reproductive treatment and a Federal Court ruling in September, which found the current law discriminated against the woman on the basis of her marital status.

“We’re changing the law to reflect contemporary values of our society and ensure that women do have control over their bodies, their futures and their ability to freely access this assisted reproductive technology,” Health Minister Jenny Mikakos told reporters.

The amendments remove the requirement that women need the approval of their former partner to access IVF using their own eggs and donor sperm.

Victorian Assisted Reproductive Treatment Authority chief executive Louise Johnson said there were many women who were missing out on the chance to become a mum because of the current law.

“Only a few weeks ago I had a phone call from one of the clinics, saying one of their patients was considering treatment interstate because she was affected, she was in the process of going through a divorce and wouldn’t be able to have treatment here,” Ms Johnson said.

“For women, time really matters, particularly for women in their late 30s, early 40s. Waiting a year for a divorce proceeding to go through can be the difference between succeeding with treatment or not.”

Changes to the law will be introduced into parliament on Tuesday.