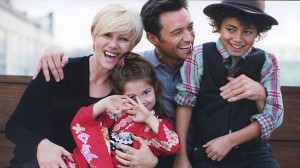 As the government pledges to make it simpler and faster for Australians to adopt children from overseas, we must look more closely at the inter-country adoption process and ask critical questions about its shortcomings.

Adoption has long been an option for couples that would like to have children but cannot conceive, and it remains so despite the rise of reproductive technologies such as IVF and donor conception.

In times past, many adopted children came from unwed mothers who were persuaded or forced to give-up their children, but this has significantly decreased with the increasing social acceptance of single parents.

In 2014 it was announced that the government would undertake legal reform to make it easier and faster for Australian couples to adopt children from overseas, but the consequences of doing so must be considered carefully.

The dark reality is that the desire of wealthy Western couples to have children has created a global market for potential adoptees from developing nations.

At its worst, this has led to child trafficking – the purchase or kidnapping of children, who are then given forged identities and made available for adoption.

This is deeply traumatic for the child and for their existing family.

Even where the child is legitimately orphaned or abandoned, it is difficult to compensate for their lost connection to cultural and familial roots.

It has also been suggested that non-white children adopted into a Western country may be exposed to racism which they might not have encountered in their country of birth.

Furthermore, the process of adoption itself, including adjusting to a new environment and a new family, can be stressful, and this is particularly so for children from overseas.

This stress can result in learning and behavioural difficulties, or trouble forming meaningful and intimate relationships.

These kinds of problems are compounded when, as is often the case, the adopted parents have no information about their child’s past experiences or family background.

Thus, while there is something to be said for the noble desire to do something about children suffering in poverty and deprivation, there are hard questions to be asked as to whether inter-country adoption is the best means to achieve this end.