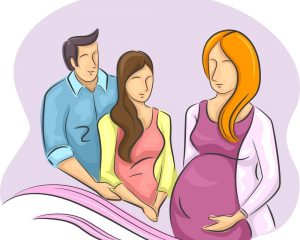 Altruistic surrogacy – when a woman has another couple’s child without payment – is currently being debated MPs in Queensland. The practice is currently illegal in the sunshine state, punishable by a $10,000 fine or three years’ imprisonment.

Premier Anna Bligh is pushing to legalise the practice. The proposed bill would mean that the birth mother could legally transfer parental responsibilities of a child born through surrogacy to the parents who organised the arrangement.

The issue of single mothers and gay parents has been raised as part of the debate, with the Liberal National Party firmly stating that these people must be excluded from the provisions. They have put forward an an alternative Bill that excludes these groups.

“When (Premier) Anna Bligh set up the surrogacy committee, there was no mention whatsoever of same-sex and single surrogacy,” Deputy Opposition Leader Lawrence Springborg told the ABC.

“It was framed around men and women who were having trouble having children.”

The Family Council of Queensland have called the bill a “trojan horse”, pushing for normalisation of same-sex parenting, and the Australian Christian Lobby have also stated that altruistic surrogacy should only be used for infertile married couples, not gays or singles.

Under the bill, commercial surrogacy will remain illegal.

“The Queensland Government is firm in its resolve to ensure that all Queensland children are treated equally,” Attorney-General Cameron Dick told ABC. “That we do not discriminate against children and make some children in Queensland second-class citizens, which is what the LNP seeks to do.”

The Australian Christian Lobby has issued a statement saying that it is not in the child’s best interests to be born to same-sex or single parents, and that the proposed law treats children as pets.

Debate on the law went late into last night, with a vote on the controversial bill expected later today. According to The Australian, Stephen Page, a family law specialist, said that if the opposition’s bill goes through, then QLD will fall further behind the majority of other states’ and territories’ laws which allowed singles and gays and lesbians access to surrogacy.