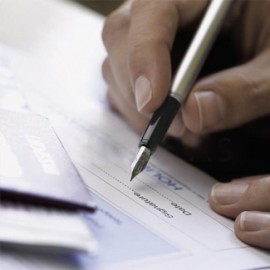 Changes to the law relating to binding financial agreements (BFA) between spouses and de-facto parties have been made to make them easier to enter into and more binding. The reforms will operate retrospectively, so it will affect those people who have already entered into a BFA.

The Federal Justice System Amendment (Efficiency Measure) Bill (No1) 2009 (Bill), set to come into operation on 4 January 2010, will narrow the long list of technical requirements that must be complied with to ensure the validity of BFAs.

The Family Law Act 1975 allows individuals who are married or planning on marrying to enter into a BFA at the following times:

Couples in a de-facto relationship can also enter into a BFA.

A BFA can deal with the division of property and superannuation in the event of separation. It can also deal with the issue of spousal maintenance.

BFAs usually operate to exclude the jurisdiction of the Family Court.

BFAs have strict compliance requirements, including:

Several recent Family Court decisions have ruled that a BFA was invalid not because the agreement was unfair, but rather due to a technical deficiency such as the agreement not being properly signed by either the parties or their lawyer.

The Bill will allow BFAs to be binding, notwithstanding that there may be a minor technical flaw. This will make it easier to enter into a BFA and give parties greater certainty that their agreement will be valid.

Under the reforms, the Family Court can now uphold the validity of a BFA if it would be unjust and inequitable for it not to be binding on both parties.