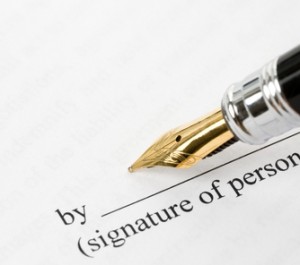 Women embarking on a first marriage and planning to have children should not enter into a prenuptial agreement because it is likely to financially disadvantage them later, family law experts warn.

Family lawyers report demand for prenuptial agreements has plateaued in the past 18 months, and is now declining slightly, as more firms refuse to draw them up because of the risk they will be overturned by the Family Court.

Other family law specialists now charge up to $10,000 for a standard agreement to guard against the risk of a negligence claim if a prenup is successfully challenged.

International Society of Family Law president Patrick Parkinson said it would be “quite unwise” for women of childbearing age without an independent fortune to enter into a prenup. “Typically they are the ones who bear the economic risk associated with putting their career on hold [to have children] and having to organise their career around children,” Professor Parkinson said.

Other family law specialists now charge up to $10,000 for a standard agreement to guard against the risk of a negligence claim if a prenup is successfully challenged.

Armstrong Legal family law specialist Jeff Marhinin said it was difficult for lawyers to draw up an agreement that covered every contingency for what might happen in a couple’s life.

“A financial agreement is unlikely to cover a division of assets in a way that benefits [the partner who takes time out of the workforce to care for children],” said Mr Marhinin, who refuses to draw up prenuptial agreements. “It is more likely to benefit the full-time worker and financial contributor.”

Lawyers are closely watching the so-called ”pole dancer case”, which could have implications for other prenuptial agreements. A wealthy businessman is appealing to the High Court to overturn a Family Court decision to honour a prenuptial agreement that granted his ex-wife, a former pole dancer, $3.2 million.

Although there are no statistics on the number of prenuptial agreements challenged when a marriage breaks down, Professor Parkinson said the Family Court had demonstrated a “willingness to set prenups aside”.

Prenups can be overturned because they haven’t been drafted properly, they were signed under duress, one partner did not fully disclose their financial assets, or there has been a significant change in the couple’s circumstances since the agreement was made.

“There are ever-expanding grounds to challenge them and get them set aside,” Mr Marhinin said. “They’re becoming more unsafe and people need to enter into them with real caution because of the uncertainty into the future.”

Lawyers said prenuptial agreements can be useful for couples entering their second or third marriages, who may have existing children to provide for, and those with independent assets. Prenups are also warranted when one partner has more wealth.

York Family Law principal Nabil Wahhab said there were “loads of problems” with prenuptial agreements, which had become the subject of “plenty of litigation”.

“There are more and more cases coming up [in court],” Mr Wahhab said. “You can never cover every single scenario people are going to have in their lives.”