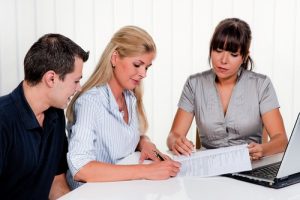 THE Olympic swimmer Grant Hackett has one and so, apparently, does Russell Crowe. Nicole Kidman made sure she got one before walking down the aisle with Keith Urban.

In Sex and the City, Charlotte negotiates the terms of one with her fiance’s overbearing mother, and Kanye West wrote a song about one called Gold Digger.

While prenuptial agreements, or prenups, are the stuff of Hollywood and celebrity magazines, their legal validity here is under question.

Gossip columnists are tittering over the story that Hackett is suing his former lawyers over a bungled prenup.

In the corridors of the Family Court in Goulburn Street and in city cafes full of family lawyers, the chatter is all about who’s taking them on, and who’s not, as a rising number of prenups are challenged in the Family Court.

”We’ve made a decision here that we’ll probably stop doing them,” a partner at the family law firm Blanchfield Nicholls, Cathie Blanchfield, says.

”Enough of the applications have been successful to cause family lawyers to give serious consideration to whether they’ll continue to do that area of work. People who are unhappy are starting to say, ‘I’m going to sue my lawyer now’.”

The decision of some lawyers not to take on prenups has been a boon for others.

A director at Meyer Partners, Maya Sen, has noticed an increase in inquiries through referrals by firms declining to do them. Still, Ms Sen and her colleagues do not draft prenups lightly. ”It’s a debate we’re constantly having: do we really want to take on this risk?”

Ms Sen is more comfortable doing prenups for older clients, who may be into their second or third marriages. Michael, a 44-year-old businessman who asked that his last name not be used, fits the bill.

Before he remarried recently, he and his partner talked at length about a prenup. Each had brought about the same value of assets to the relationship and each had two children from their previous relationships.

”My relationship with my ex-wife is not good, to say the least; we just felt it was in the interests for both of us,” Michael says.

The couple were concerned that, should something happen to him, his former wife might attempt to contest his will.

Michael says he hardly fits the prenup stereotype: ”You see in the movies that some 84-year-old man is marrying a 21-year-old young lass who has no money and he’s a billionaire … but I’m not 84 and I’m not a billionaire!”