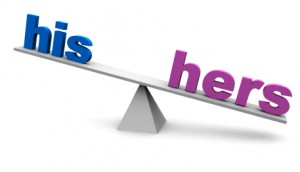 WEALTHY husbands who split from their wives after a long marriage are less likely to walk away with the lion’s share of the assets following a landmark full Family Court decision.

The decision, known as Kane & Kane, signals the end of the “special contribution” doctrine that has allowed some successful businessmen to walk away with 60-72.5 per cent of matrimonial assets, particularly in so-called “big money” cases.

The Kane case involved a couple who split after a 28-year marriage in 2009. They had an asset pool of $4.2 million and four children.

The trial judge had initially awarded the husband, a retired businessman from the Newcastle area north of Sydney, two-thirds of the couple’s $3.4m superannuation fund, and the wife one-third. However, the full Family Court overturned that decision, ruling the trial judge had given unacceptable weight to the husband’s “special skill” investing their money in a self-managed super fund.

By the time of their divorce they were worth $1.85 million, taking the total value of their superannuation fund to $3.4 million.

Because of the husband’s “skill in selecting and pursuing the investment”, the judge awarded him two thirds of the fund, or $1 million more than the wife.

But the full Family Court of Australia has overturned that decision, finding the trial judge may have given “unacceptable weight” to the husband’s “special skills”, in a case which could have major ramifications for divorces in the big end of town.

The controversial “special contribution” doctrine has previously allowed one spouse to lay claim to a significant portion of a couple’s assets if they showed exceptional skill or talent in building the fortune. 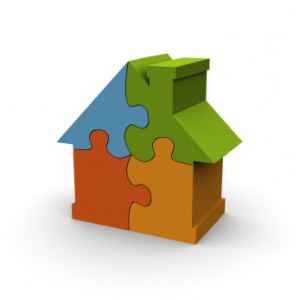 But the December 18 judgement, published online this week, in the case known as Kane & Kane has significantly challenged that principle.

The couple, with four children separated in 2009 after almost 30 years of marriage. Their assets totalled $4.2 million, but it was the superannuation fund that caused a legal battle. All other assets – totalling less than $800,000 – were divided equally.

Family Court deputy chief justice John Faulks said the original judge’s disproportionate division of the property “could not be justified”.

“It is difficult to correlate effort or skill (even if special) with result,” he wrote. “Frequently, the financial result of a contribution (whether by physical or intellectual labour or imagination foresight and perspicacity) will be influenced by external factors beyond the control of the party contributing.”

Furthermore, he noted that Mr Kane did not have any professional qualifications or special knowledge of the business in which he invested. And that he “took a calculated risk with the parties’ money, which fortunately proved correct”.

Family law expert Glenn Thompson said the decision was “very significant” and meant judges were no longer bound by precedent.

“It’s saying there’s nothing in the Family Law Act that one contribution is special as opposed to another and should be treated higher than any other contribution,” he said. “You’ve got to weigh up all the different types of contributions, be it the homemaker and parent, be it the breadwinner, be it inheritance, be it physical labour.”

“[The Kane & Kane decision] is saying that the role of the homemaker and parent is a significant role that shouldn’t be undervalued,” Mr Thompson, who is a member of the Family Issues Committee of the Law Society of NSW, said.

“It should lead to a more equal result in a lot of the bigger money cases because if the assets were all built up whilst the parties were together then they’re going to be an equal contribution.”

The Kane & Kane settlement has been called back for rehearing before a new judge.

In another recent case, known as Smith & Fields, a wealthy Gold Coast property developer split from his wife of 29 years. The husband was awarded 60 per cent of the couple’s $30m-$39m asset pool because of his “ingenuity and stewardship” running the family business, in which both the husband and wife had worked.

This was despite Family Court judge Peter Murphy recognising the parties had a “practical union of both lives and property” both had made exemplary contributions in their respective spheres of marriage.

In reaching his decision, Justice Murphy referred to six “big money” cases involving assets of almost $9m to more than $40m. The wives in those cases had been awarded just 27.5 to 40 per cent of the assets.

The case has since been appealed and a decision reserved, although family lawyers expect it to be overturned.

“There’s been a real philosophical and jurisprudential fight in the courts for the best part of 15 years between one camp who says the court should recognise in appropriate cases contributions of a special or exceptional nature,” Mr Doolan said. “There are others who say no, that kind of labelling tends towards gender bias and invariably favours males who are predominantly those who produce income.”

Mr Doolan said it did not mean that in a particular case a court could not rule that one partner deserved more of the assets because of their financial contribution. However, each case had to be examined on its own facts.

He said while many people presumed property was split equally between couples following a divorce, the reality was there was no rule of thumb.

Lawyer Gayle Meredith, who acted for the wife in Kane, said her client was pleased with the decision, but distressed the case would now be retried.

She welcomed the Family Court resolving uncertainty over the “special contribution” doctrine, which she said had tended to discriminate against mothers.