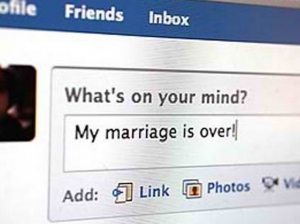 “My ex-boyfriend was a pig” or “Here is a nude pic of my ex-girlfriend”. Not uncommon to see these posts on social media, right?

Well, so much so that some couples have taken pre-emptive measures in pre-nuptial agreements, in order to protect themselves from such posts in the event that their relationship fails in the future.

With over 1.23 billion users (approximately one sixth of the world’s population), Facebook and other popular social media sites such as Twitter and Instagram are a daily part of our lives whether we like (to admit) it or not.

When new relationships first begin to develop these social media sites can be great ways of learning more about your new partner and keeping connected. However, in America, some couples are starting to think about the ways in which these public forums may be used against them in the future if their relationships turn sour.

To prevent nasty or embarrassing media being aired, some American couples are now including “social media clauses” in their prenuptial agreements to prevent unwanted photographs, videos and even comments about them from being posted on social media sites by disgruntled ex-partners.

These pre-nuptial agreements can specify the websites concerned, the types of media that are relevant, what would be considered inappropriate or offensive and require consent before public posting. Some of these agreements go so far as to prevent spouses from communicating with new ‘friends’ online without the other spouse’s consent.

With content able to be accessed by friends, colleagues and even family (sometimes including children) it is understandable that parties might be worried about what is posted. So can we expect to see Australians locking down their future partners’ social media habits before agreeing to commit?

The short answer is no. Whilst it is possible to include provisions about almost anything in a binding financial agreement entered into before marriage (a ‘pre-nuptial’ agreement), this does not mean that every provision will be enforceable.

In Australia ‘pre-nuptial’ agreements relate to the substitution of the financial rights of the parties. Therefore, the inclusion of the type of injunctive relief sought by way of a ‘social media clause’ in a binding financial agreement is unlikely to be successful. Instead, a court will likely completely sever any such clause from the agreement, rendering it useless.