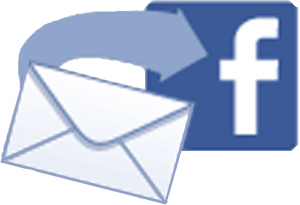 A newlywed found out her “husband” was already married after getting a message on Facebook.

The Melbourne woman, 38, was married to her 40-year-old partner in a civil ceremony.

The Family Court heard that the couple’s celebrant had asked for evidence to confirm the man’s divorce.

He told the celebrant and his fiancee there was no record of his marriage from 16 years earlier and the union had never been valid. The wedding went ahead.

A short time later the woman received a Facebook message.

“Hello, new Mrs Keyet. How can you be Mrs Keyet when I am still Mrs Keyet? From the old Mrs Keyet,” it said.

The woman replied, suggesting “the old Mrs Keyet” check her marriage records because it was her belief it was not valid.

The couple then separated and she contacted the other woman asking for a copy of the marriage certificate. She remained unconvinced until she searched divorce registries and found no record of the marriage being dissolved.

The man did not appear at court. He sent a text message that said: “I think I’ve put you through enough hurt.”

Justice Kirsty Macmillan granted the woman’s application to have the marriage annulled.

The woman has asked police to consider laying bigamy charges against her former partner.