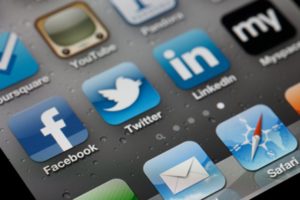 Parents involved in divorce and custody battles must beware of using social media as a ‘weapon’, an Australian judge has warned.

In a recent hearing at the Federal Circuit Court, Judge Warwick Neville ordered a marshal to investigate Facebook postings made by a father involved in an acrimonious child custody dispute.

The unnamed father had reportedly made harsh criticisms of the court system on the social networking site. The man had also revealed confidential information about the case, claimed the magistrate and expert witnesses had been duped by the mother and even alleged that the mother abused their children.

According to a report on Perthnow.com, such posts could be in breach of the Australian Family Law Act 1975, which prohibits the publication of court proceedings.

The judge described Facebook and other social media sites as an “unfortunate and increasing feature of modern litigation”.

“It is a veritable Aladdin’s cave which parties (and lawyers) readily and regularly explore for (invariably incriminating) evidence to be used in litigation. As a weapon, it has particularly insidious features.”

“…inhabit the cyber-sphere and operate as `Facebook rangers’ who `hit and run’ with their petty and malicious commentary, and seem to gloat (or be encouraged) by the online audience that waits to join the ghoulish, jeering crowd in the nether-world of cyber-space.”