This is one response from the Expert Interview Series: Dr. Travis Gee. Refer to the table of contents for the whole series of questions posed to Psychologist Dr Travis Gee, on the topic of how Family Reports and the Psychology Industry in Family Law 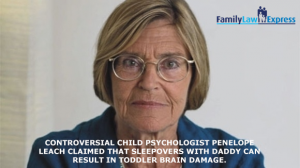 First, you are assuming that there is “a problem” based on a few cases, which is not how any science-based industry goes about things.

It is slightly less than argument from a vacuum, and goes nowhere towards producing fair reports.  Researchers and scientifically-oriented practitioners draw conclusions based on statistical realities that have been investigated impartially.

For instance a review by Joan B. Kelly 1 reflects the growing recognition of the importance of fathers in a child’s life, and the need for a range of options that will work according to the individual needs of the parents and children.

More broadly, there is a wide range of social ills that flow from what one American team of writers call “a de facto social experiment in which the social father is increasingly viewed as optional or supernumerary,”2  ills that would not be pervasive at an aggregate level unless there were severe deleterious effects at the level of the individual child, in both the short and long term.

The Ben-Ami and Baker article noted above on alienated children and their poorer outcomes underscores this point.

To the extent that very young children spending a preponderance of time with their mothers may have some benefits, developmentally-appropriate plans based on sound research need to be constructed so as to have flexibility to be reviewed periodically.

Such reviews must be careful to disregard the spoutings of psychologists who make claims that go far beyond their (or anyone else’s) data, such as the recent outrageous statements of British researcher Penelope Leach, who went so far as to suggest that sleepovers at the father’s place could “cause brain damage.”3

That is not to say that there are no risks to be considered, rather that they must be considered on the basis of truly impartial research.

An AIFS study found mothers as, or more likely than fathers to emotionally or physically abuse children, and decidedly more likely to be found guilty of neglect while at the same time showing fathers not to be the primary perpetrators of sexual abuse. 4

Once again, statistics fly in the face of those who propose mothers to somehow be ‘naturally’ the better parent and fathers some kind of  threat (particularly sexual).

However, the odds remain heavily stacked against fathers in all Family Law Courts and Magistrates’ courts. One need look no further than the AIFS review of the 2006 Family Law changes 5 to see that under all circumstances, the odds are weighted rather heavily in favour of the mother in all judicial determinations.

This seems to be mirrored in consent cases it seems that litigating fathers who fought hard for the children end up simply giving up.