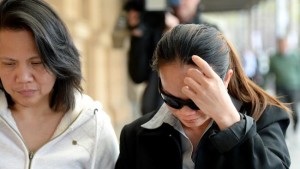 A WOMAN who claimed her partner was her brother has pleaded guilty to defrauding the Federal Government of more than $115,000 in single-parent welfare payments.

This included a charge of dishonestly obtaining financial advantage by falsely claiming’ the father of her three children was her brother, when in fact he was her husband, between May 2002 and February 2011.

Ms Nguyen’s lawyer said during sentencing submissions in the Adelaide District Court yesterday that the money was not spent on herself but her children and that she had mental health issues. Sentencing will continue later this month.

Among them was a 32-year-old Davoren Park man who had been on the dole on an “intermittent basis’’ since November, 2004.

An investigation revealed he had failed to declare income on 38 occasions and under-declared his earnings 14 times, meaning he was overpaid almost $27,000. In June he was convicted and sentenced to four months imprisonment.

In July, a 51-year-old Salisbury Downs man was sentenced to three months jail for fraud.

He was employed at a supermarket between August 2011 and 2012, despite receiving a Disability Support Pension, which is payable to people unable to work more than 15 hours per week.

During this time he was paid $8811 in welfare to which he was not entitled.

The Office of the Commonwealth Director of Public Prosecutions said the Department of Human Services has sophisticated capability to detect and investigate frauds and, increasingly fraudulent conduct is detected and referred for prosecution at an earlier stage.

Of these investigations, 136 were referred to the Commonwealth DPP.

Repayments were issued to 115 women and 70 males.

There were 95 investigations of dole recipients (47 males and 48 females), 44 relating to single Parenting Payment recipients (3 males and 41 females) and 24 into recipients of Disability Support Payment (11 males and 13 females).