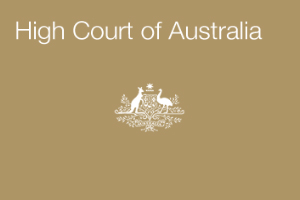 THE High Court will hear a test case led by Victoria Legal Aid that if successful could help Australians at risk of welfare fraud charges because they have made mistakes in dealing with Centrelink.

The court today decided it would hear the case of Melbourne woman Kelli Keating, who has been charged with welfare fraud for receiving an overpayment of $6942 from Centrelink due to what Centrelink says was a failure to declare her income.

Ms Keating’s case will clarify whether the backdated legislation, introduced by the commonwealth government in July 2011, is constitutional.

Victoria Legal Aid is arguing that the law, backdated to March 2000, unfairly criminalises people who have made genuine mistakes in dealing with the complex and confusing Centrelink system.

VLA director of civil justice, access and equity Kristen Hilton said the law meant many people could be prosecuted for being overpaid, even if they did not take any active steps to get a higher pension or benefit payment, for mistakes as long as 12 years ago.