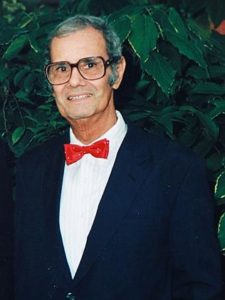 A multi-millionaire property investor’s son, who was left nothing in his late father’s will, has been awarded $3 million dollars from his father’s $27 million estate.

Steven Darveniza, the eldest son of Bojan Darveniza, took his father’s widow to the Supreme Court to get a share of the estate, claiming he had worked for his father for many years.

Bojan Darveniza died in 2010, aged 78, leaving most of his estate to his second wife, Xiao Hong Darveniza, now known as Jane, who was 30 years younger than him.

Multi-millionaire Bojan Darveniza was a hardworking, astute investor with a talent for turning run-down properties into rental goldmines, amassing a fortune.

But to his older children, Bojan was a tyrant who ruled them with an iron rod, making them work hard in the family business after school and on weekends.

The big, strong man, who easily could carry a heavy roll of carpet up flights of stairs, had a violent side and terrorised his older children.

Xiao, now known as Jane Darveniza, 51, who inherited most of Bojan’s estate, moved in with Bojan after agreeing to do “housekeeping duties” in exchange for free accommodation.

Less than a year later, in 1990, Jane, 28, married Bojan, 58, the Supreme Court has heard in an estate claim civil case brought by Steven against Bojan’s widow Jane. The picture Bojan portrayed to the outside world was “a mirror reverse” of how he treated his children, a lawyer representing Steven told the court.

Bojan’s personal estate was worth $40 million at the time of his death, but the net value was now between $26 and $28 million, the court heard. 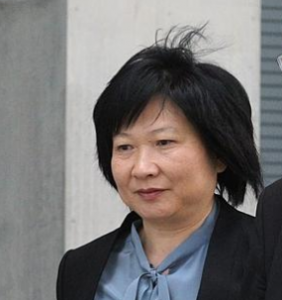 The court heard Jane married Bojan less than a year after moving in with him, after agreeing to do “housekeeping duties” in exchange for free accommodation.

In his judgment Justice Glenn Martin said Bojan Darveniza’s household was one in which the bonds of family life were “tested to extremes”.

“Some of the children were left hurt and resentful by the actions of their father,” Justice Martin said.

Steven told the Supreme Court he was beaten as a child by his father, whom Justice Martin accepted was “an extremely harsh disciplinarian”.

The judge said Bojan’s “degrading treatment and beatings” of Steven included frequently striking him with objects including an electric cord, a piece of timber, a tree branch and a broom handle.

Bojan Darveniza cut off his eldest son’s hair with a cutthroat razor, cutting his son’s neck, when Steven was caught smoking in Year 8.

He also hit Steven with a belt when he was seven and stabbed his son in the side of his head with a pencil because he could not do his maths homework in Year 1 or 2.

However Steven, who became a commercial pilot, said he worked for Bojan as a boy and young man and had a good relationship with his father before his death.

Justice Martin said Steven deserved better provision from his father’s very large estate because he had worked long and hard for Bojan, contributing to the growth of his property interests.

Two reasons for his father not providing for him in his will were misconceived or based on a misunderstanding, the judge said.

He also accepted Steven could no longer work as a pilot, because of injuries from an accident, and while he had substantial assets, he also had substantial liabilities when his father died.

The court heard other claims made against the estate by some of Bojan’s children were settled, with son Jonathon, who was left a Bardon property, getting an extra $3.2 million.

THE widow of a property multi-millionaire, Xiao Hong, now known as Jane Darveniza, who inherited most of his vast fortune, still has not put a gravestone on her husband’s grave, three years after his death.