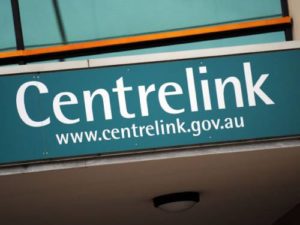 A HIGH Court ruling has put into doubt thousands of prosecutions against people on welfare who did not tell Centrelink their circumstances had changed.

The High Court this morning upheld a 2011 law which forces a welfare recipient to tell Centrelink within 14 days of changes to income. The Federal Government made the law retrospective to cover up to 15,000 prosecutions since 2000.

But the Court found the retrospective aspect of the law was not valid.

The test case was led by Victoria Legal Aid to overturn backdated welfare-fraud laws that could mean up to 15,000 people owe the federal government money.

The case will help thousands of people at risk of criminal charges for welfare fraud because they have made mistakes in dealing with Centrelink.

The case was brought on behalf of single mother Kelli Keating. Ms Keating has been charged with welfare fraud under backdated laws introduced by the federal government in July 2011.

She had received an alleged overpayment of $6942, due to what Centrelink says was a failure to declare her income.

Ms Keating, 36, was working casual shifts that varied from week to week and did not declare changes in her income to Centrelink between 2007 and 2009.

Victorian Legal Aid Director Civil Justice, Access and Equity Ms Kristen Hilton said the retrospective legislation had targeted vulnerable people who in many cases had made a genuine mistake in failing to tell Centrelink of changes to their circumstances, not the rorters who set out to deliberately defraud the system.

“Being overpaid is simply not the same thing as fraud. Centrelink can already reclaim mistaken overpayments through administrative processes so this retrospective legislation was about also trying to turn genuine mistakes into crimes.”

Ms Hilton said the Court’s judgment had also provided more clarity around the legal obligation imposed by the notices sent out by Centrelink to welfare recipients asking them to report changes in their circumstances.

“The Court has recognised that Centrelink just sending a notice to someone does not necessarily mean that person has done the wrong thing if they don’t respond, for example it matters whether they actually received the notices or were able to properly understand them.

“In our experience many of our clients who have a disability or don’t speak English well struggle to understand these notices and their obligations in a complex and confusing Centrelink system.

Ms Hilton said that taking on this case had been part of Victoria Legal Aid’s commitment to improving government decision making, which avoids time and worry down the track with reviews, appeals, criminal charges or court challenges.

“Preserving a person’s income is also a key aspect of Commonwealth legal aid policy as it ultimately saves the community money by preventing other problems such as reliance on social services, homelessness and family breakdown.”