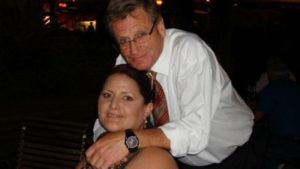 It’s a nasty divorce that has already led to the liquidation of one pub and two fox terriers. Now it’s threatening a wealthy Sydney woman’s luxury waterfront penthouse and potentially a lot more.

After 10 years and a tortuous legal battle dragging through the NSW courts, these fortunes could reverse.

Joanne Young has been battling for years to secure a $3 million settlement from her ex-husband. So far she hasn’t got a cent.

On Tuesday her ex-husband’s partner, Josephine Smith, was found guilty of contempt of court for failing to respect a court order preventing her from using assets transferred to her by Mr Young.

Mr Young split with his second wife years ago. But the split became truly acrimonious in 2006, when he kicked her out of the Wiley Park Hotel, accusing her of stealing.

To add injury to insult Mr Young also ordered his ex-wife’s two terriers, Fluffy and Molly, be put down. 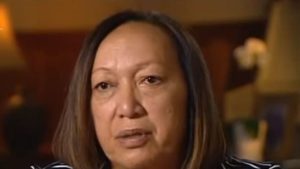 Mr Young’s assets were at the time found to be worth $9 million.

Five months later, Mr Young transferred the entire $5 million Pyrmont apartment to Ms Smith. His remaining share was sold to her for $1.8 million.

A court then froze Ms Smith’s assets. On Tuesday she was found guilty of breaching that order.

The court found Ms Smith, through a company, secured a large loan against the Pyrmont penthouse and used it to buy a new hotel, the Lucky Australian in St Marys.

A judge had earlier found that Ms Smith never told the bank, Westpac, that the apartment was subject to a court-ordered freeze.

On Wednesday  of the NSW Supreme Court found it was “inconceivable in the circumstances […Ms Smith] was unaware” of the order restraining her from encumbering diminishing or disposing of assets worth more than $1000.

Westpac sold the Lucky Australian earlier this month. It failed to recoup the sizeable loan.

Lawyers for Ms Young are continuing to fight for her share and other recent costs orders in her favour. Late last month her lawyers filed an application to declare Ms Smith bankrupt fearing their may be nothing left of her ex-husband’s former assets.

Now other financial companies are making moves in the Supreme Court on Friday to seize the Pyrmont penthouse to secure it and other debts.