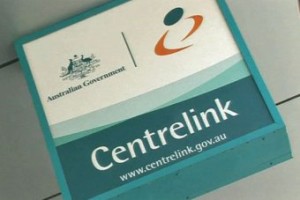 The wife of a millionaire resources boss has been jailed for nine months after admitting claiming tens of thousands of dollars in Centrelink payments while he was earning up to $1.8 million a year during the mining boom.

Julie Bohannan married the former chief executive of Bathurst Resources Hamish Bohannan in 2006, the year after he had made just over $1.8 million in taxable income.

But the Perth District Court was told that for years afterwards she claimed benefit payments under another name, consistently lying to Centrelink about where she was living, to whom she was married and what they were worth.

More than $65,000 was fraudulently claimed over eight years, until a tip off led to Centrelink investigation.

Mrs Bohannan also avoided Centrelink appointments while she was pregnant, and deliberately lied about property ownership and her marriage.

Her lawyers had asked Perth District Court for a merciful sentence, pointing out the debt had been paid more than four years before she was charged with the offences – and outlining her eldest daughter’s severe intellectual disability.

But Judge Andrew Stavrianou said the frauds were planned and deliberate, and therefore an immediate prison term was required to punish and send a message to the community.

“You were not forthright, you were not truthful and you were deceitful,” Judge Stavrianou said.

The court was told Mrs Bohannan claimed more than $65,000 in fraudulent payments up until 2009, despite her husband earning nearly $3.8 million in the preceding five years — a fraud Commonwealth prosecutors said was motivated by “greed not need”.

Prosecutor Sarah Oliver said Mrs Bohannan had begun falsely claiming before she had met Mr Bohannan. In 2004, when they moved in together to his luxury 20ha home, she continued to tell Centrelink she was a single mother, living with her parents with no other source of income.

This included falsifying forms and avoiding Centrelink appointments after she became pregnant again. After some payments were stopped, Mrs Bohannan began claiming family tax benefit for her new daughter Ella, despite her husband’s six-figure salary.

Defence lawyer David Edwardson pleaded with Judge Andrew Stavrianou to impose a “merciful” sentence on the 42-year-old, describing how she had suffered a chronic depressive illness having cared for her severely disabled daughter for many years.

Mr Edwardson said Mrs Bohannan’s first daughter Georgia was born with severe epilepsy, which at first was thought to have been caused by tuberous sclerosis, a rare multi-system genetic disease that causes benign tumours to grow in the brain and on other vital organs.

Mrs Bohannan’s family was in court to hear the sentence.