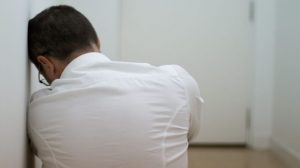 A father who was wrongfully jailed after his estranged partner accused him of sexually abusing his own son has vowed to turn “his worst nightmare” into a greater good and help iron out faults in WA’s justice system.

The father of one, who cannot be named for legal reasons, spent more than seven months in a WA jail for a child sex offence he was innocent of.

His lawyer said the case “demonstrated systemic failures at every level” and sparked an internal probe into the police investigation at the time.

The father, who is in his 40s, has spoken publicly about his ordeal to WAtoday for the first time, detailing his ongoing battle to obtain an ex-gratia payment over the botched police investigation and subsequent prosecution, which led to him being charged and jailed for three years.

He said the horrendous ordeal fuelled his wish to spark positive changes in WA’s justice system.

“I do not want a story that shows only how bad a system can be, I would truly like to work with the relevant departments and show the public that although mistakes happen, the people in charge are willing to implement the necessary safe guards to keep the trust of the people,” he said.

“Demonstrable failings are present at every decision point and giving the authorities an opportunity to correct their mistake and prevent anything like this occurring to another person is very important to me.”

The State Government told WAtoday whilst it continued to seek advice on the man’s application for an ex-gratia payment, it was currently giving the case “significant consideration.”

The father’s nightmare started in 2013 when he was charged with three child sex related offences by WA detectives.

The complainant in the case was the man’s son.

The boy’s mother, and the man’s ex-wife, made the allegations to police in the midst of a Family Court battle about access to the boy.

The father always denied the allegations and the case went to trial.

But he was found guilty of one of the three charges – sexually penetrating a child who was a lineal relative – and jailed for more than three years.

He served seven and a half months in prison before the WA Court of Appeal overturned his conviction in July 2015.

The Court of Appeal judgement made note of the fact that during the Family Court proceedings, the man’s ex-wife said words to the effect: “You’ve got no idea the length a scorned woman will go to.”

Then WA Court of Appeal President Carmel McLure said she also had “doubts about the credibility” of the mother’s evidence and that there was a “real risk” the complainant’s evidence was “contaminated” by the mother.

“The fact that these deliberate perversions of justice occur (in WA) with alarming regularity, more so than in any other state in Australia is demonstrative of an inherent weakness in the justice system,” the father told WAtoday.

“Ignoring this fact and taking no action to correct it, is akin to promoting corruption within the justice system, allowing it to be manipulated.”

‘I want to move on with my life’

In January 2016, the man’s lawyer Neville Barber lodged an application to then WA Attorney General Michael Mischin for an ex-gratia payment, for the suffering he endured.

The application still hasn’t been approved – more than 18 months after it was first requested.

A government spokesperson stressed Mr Quigley was giving “significant consideration” to the matter.

“As is appropriate given the complicated background to this matter, the Attorney General is giving significant consideration to this matter,” the spokesperson said.

“The (WA) Attorney General continues to obtain and consider advice and is consulting within government in relation to this matter.”

But the father said he was feeling frustrated by the lack of action on his ex-gratia application.

“I find this delay terribly disappointing,” the father said.

“Mr Quigley, has in the past been very outspoken about the lack of compensation paid to victims of state errors.

“I wish this application to be finalised, so I can move on with my life and the ongoing delay is having a real impact on me.”

Mr Barber said he was also “very concerned” about the delays in having all the matters resolved.

Meanwhile, an internal investigation into the original police inquiry which led to the father being charged in 2013 has been occurring behind the scenes.

It’s understood three officers who were involved in the original inquiry are in the process of being “sanctioned”.

However, it’s believed no final decision has been made on what sanctions they will face and WA Police maintain the matter is still not finalised.

Senior police took the case so seriously however that earlier this year Assistant Commissioner Michelle Fyfe and Commander Pryce Scanlan from the WA State Crime Division, held a meeting with the father in the eastern states where he now lives, to update him on the internal investigation.

The father said the meeting left him “encouraged” that from a WA Police perspective, steps were being taken to address shortcomings.

“I also greatly appreciated that they accepted responsibility on behalf of WA Police and offered an apology,” he said.

“Bad things happen, but if good can come out of them, we as a society will be better off for them.”