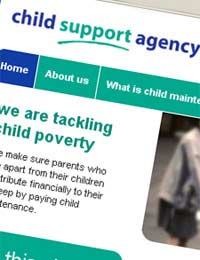 Jessup and Jessup [2010] FMCAfam 124 (February 2010) involves the application of a father to set aside a child support agreement he entered into with the mother on May 12, 2006. He seeks to pay child support in accordance with the assessment of the Child Support Agency (CSA). The Agreement concerns their two children who were born on 1988 (X) and 1993 (Y). The father’s application was dismissed because he failed to prove that the Agreement will cause him hardship of a serious nature and inequity.

As of the time of the application, Y is still in school for which the mother is asking for support. The father already lives in Hong Kong and has a son (Z) born in 2007 of a subsequent relationship. He is also liable to the financial support of Z.

The Court held that the burden is on the father to prove that there are exceptional circumstances that have arisen since May 2006 and that the change in his circumstances will cause him to suffer hardship if the Agreement is not set aside. The father contends that there has been a significant decline in his finances since his transfer to Hong Kong whereas the mother’s financial position has improved. On top of his child support payments for his two children with the mother he is also financially responsible for Z in Hong Kong.

In the Court’s decision, the definition of “exceptional circumstances” in Simpson and Hamlin (1984) FLC 91-576 was cited:

“… it was not sufficient that circumstances had arisen of an exceptional nature resulting in hardship to the applicant. The Court must consider in the exercise of its discretion whether that hardship is of such a serious nature and results in such inequity that it can only be rectified by the extreme step of setting aside or varying an existing order.”

The Court found that while there have been changes in each party’s circumstances these do not amount to “exceptional circumstances”. The Court further held that the evidence adduced by the father with respect to his income and assets were insufficient to support his position. Hence, the application of the father was dismissed.