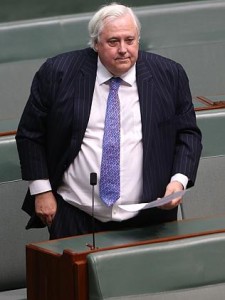 THE Abbott government has called for a parliamentary inquiry into how the child support system works, including links between it and the Family Court.

The last Coalition government, the Howard government, held a historic parliamentary inquiry into the child custody system that led to widespread changes including “shared parenting”

On 27 March 2014, the Minister for Social Services, the Hon Kevin Andrews MP, asked the Parliament to inquire into and report on the Child Support Program.

The Parliamentary Committee has since received over 11,000 contributions from the public and other interested parties has published a series of Snapshots which give an overview of the responses received. You can view the snapshots at this link.

A wide range of contributions have been made from the likes of the Commonwealth Ombudsmen, the Lone Fathers Association (Australia), the Australian Men’s Health Forum, the National Council on Single Mothers and Their Children, Relationships Australia, many academics, researchers, other experts and members of the public.

“The Child Support Program assists families at moments of great stress, and it is designed to focus on the needs and costs of children. The Committee wants to look at the way it operates to ensure that it works for all families, and to see if it is flexible and supportive enough to deal with the range of different family situations,” Chair George Christensen said in a statement.

But the businessman MP – who is shaping up as the Parliament’s worst truant – could have a say in proposals to overhaul child support laws without hearing any evidence presented to the inquiry.

His blatant disregard for his parliamentary duties is beginning to upset other hardworking MPs who think he is treating his job as a political representative with contempt.

The Palmer United Party leader demanded to be represented on the child support inquiry even though he wasn’t a member of the House of Representatives Standing Committee on Social Policy and Legal Affairs that is conducting it.

He was granted a position as a “participating member” of the inquiry so he could attend meetings, question witnesses and have a say in the final recommendations.

But he has skipped all of the 13 scheduled public meetings and teleconferences and every one of the private meetings.

The final scheduled meeting was last Thursday, 2nd October 2014, although there may be one extra meeting added.

The Government chair of the child support inquiry, George Christensen, said he was worried Mr Palmer could try to have a say in the final report without any facts in front of him.

“He hasn’t turned up to one meeting, hasn’t listened to a single person who has presented before the inquiry concerned about child support matter so I’m not sure actually what he is going to contribute,” Mr Christensen told The Courier-Mail.

“Clive, being there, has a right to put in a minority report or dissenting report to try to get his foot back into the final report.

“I’m not sure if you can adequately give recommendations to put in the report when you haven’t heard anything about the topic.”

Mr Palmer did not return calls to comment on his non-attendance at the inquiry.