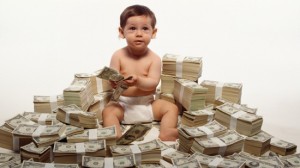 HOBART has been ranked as Australia’s fourth most affordable city in which to raise children.

The cost of raising a first child to the age of 18 in Hobart is just over a quarter of a million dollars, or $268,629, according to the only state-by-state breakdown of the cost of kids in Australia.

Childcare is by far the biggest cost for parents.

Full-time working parents in Hobart will shell out $85,795 for childcare, even taking into account subsidies.

Food is the second-biggest expense.A healthy diet, including some takeaway food but no restaurant meals adds up to $57,956.

Housing costs are also a big item, costing $49,608 extra to move to a house with one more bedroom.

The research, by associate professor Paul Henman of the School of Social Work and Human Services at the University of Queensland, uses a “budget standards” approach.

Dr Henman’s work has been used by the Federal Government to set child support payments.

Rather than tracking what parents actually spend on their children, it measures the changing cost of providing a “modest but adequate” upbringing for a child representing “middle Australia”.

“There is no fixed or absolute cost of a child,” Dr Henman told the Sunday Tasmanian.

“Costs of children estimates using this approach measure what is needed to be spent to meet community standards, rather than what can be afforded.”

“The cost of the first child is often greater than that for each subsequent child. This is due to economies of scale resulting from hand-me-downs and shared infrastructure.”

The survey does not include spending on private school fees, private health insurance, the lost income of parents from not working, or costs incurred after age 18, like university or paying for weddings.

Tasmanian mum Amanda Crane said $260,000 to raise a child was not a shock.

“I’m not surprised it’s more than a quarter of a million dollars I’d easily believe that. I would have actually expected the cost be even more,” the hospitality worker said yesterday.

Her partner, David Goodfellow, is a fly-in-fly-out shipmaster and said the cost of basic everyday items like clothing and food also kept costs up.

They agreed education will be the biggest cost in raising children with the increased reliance on technology.

“Whether you like it or not, your child needs to have access to a computer. And it doesn’t stop there, kids expect more and more to have gadgets like iPods and iPads too,” Ms Crane said.

“We would like to send them to private schools, and they will need to board, which is extra cost too.”

Dr Henman says in reality, parents are spending more on their kids because they can.

“The cost of raising a child increases with household income. Higher-income households have greater living standards, which children share.”

Even so, the basic costs add up.

In their first 18 years, raising a child in Hobart will cost $6739 in trips to the dentist and pharmaceutical drugs.

Toys, books and a one-week domestic holiday each year will cost $15,355.

Even personal-care items such as shampoo, toothbrushes and haircuts add up to $6447.

Having a child adds an extra $7404 to electricity and gas bills.

Petrol costs and having to upgrade to a bigger car can also add up to $3939.