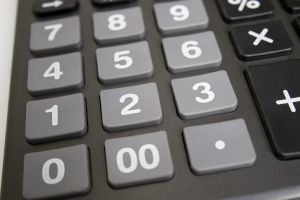 THE child support scheme, which underwent a major reform in 2008, is so complex that only a handful of experts can understand the rules, a study shows.

Most of the 1 and a half million divorced and separated parents who pay or receive child support have no idea how the calculations are worked out, and most of those who claim to know the rules are wrong.

”The new scheme was intended to reflect the complexity of modern families, but it is so complicated that hardly anyone understands it,” said the lead investigator Bruce Smyth, an associate professor in demography and social research at the Australian National University.

As a result of this, it was unlikely many parents were using their children as pawns to extract the most financial gain from the system, despite widespread perceptions to the contrary, he said.

Professor Smyth will present the findings at the Australian Institute of Family Studies annual conference this week.

The study, involving thousands of separated and divorced parents, some followed for four years, is part of an evaluation of the reforms that changed the way child support liabilities were calculated and family tax benefits split. It suggests the Child Support Agency has not been able to keep parents well informed of how overnight stays with a non-resident parent can affect payments and family tax benefits.

The reforms were promoted as being fairer to mothers and fathers, encouraging more contact between children and non-resident parents, and reducing conflict between parents. But they were opposed by some women’s groups, who feared mothers would receive reduced child support and family tax benefits. As well, there were concerns fathers could insist on children having more overnight stays simply to reduce child support payments.

”Where judicial officers and mediators were once able to do a quick calculation of child support liability on the back of an envelope, they now need to enter information into the [agency’s] online child support/FTB estimator,” Professor Smyth said.

Few surveyed parents knew that one overnight stay would trigger a 24 per cent reduction in child support. Most did not know the connection between payment and stays, while others thought it took more or fewer nights. About 70 per cent did not understand the rules, less than one in 10 understood the rules correctly and 20 per cent claimed to know the rules but were wrong.

”There might be some dads who want their kids more nights but think they can’t afford it because they don’t know their child support liabilities will be lower,” he said. ”And there might be some mums resisting children’s extra nights with the father because they have the wrong information about how much money they might lose.”