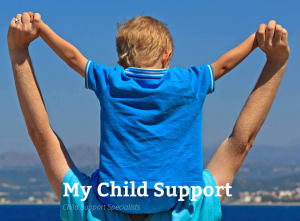 Dads who complain they are being ripped off by their ex-wives for child support are paying former public servants to prepare and lodge their ­appeals to pay less.

Single mothers have ­attacked the practice as “stealing from children’’ despite it being legal to hire help.

While official figures confirm that one in three fathers pay just $7 a week to support their kids, business is booming for companies offering “dispute resolution’’ with the Child Support Agency.

One new entrant, My Child Support, has described the government agency that determines child support as a “dictatorship’’ and battles the bureaucrats on behalf of clients.

It boasts employing former CSA staff who know how the system works. “Life is about taking action, so draw a line in the sand and have a battle with CSA’s dictatorship,’’ the Facebook website states.

While the Abbott government has confirmed it has ­refused to deal with some agents who are not acting in the best interests of the clients or are attempting to subvert the system, no complaints have been raised to date about My Child Support.

“We hear mums are being told by CSA agency staff, ‘you should be grateful you are ­receiving anything’”

Human Services Minister Marise Payne said: “Separation is a challenging time for families. My department works hard to advise parents about the payment and support ­options available at no cost.

“If someone is not satisfied with the department’s customer service or a child support decision, there are avenues for complaints and ­reviews.”

“We hear mums are being told by CSA agency staff, ‘you should be grateful you are ­receiving anything’.

“If you are struggling to keep your kids in school shoes it’s enormous.” The Commonwealth ombudsman has found that divorced fathers refuse to lodge tax returns in some cases for up to 10 years to avoid paying child support.

But angry fathers are claiming on the My Child Support’s social media accounts the CSA agency is biased against men.

My Child Support founder Chris Wellman said: “I used to work for the CSA for seven years. A lot of people end up getting financially screwed.

“Most of the staff at the CSA are kids.”