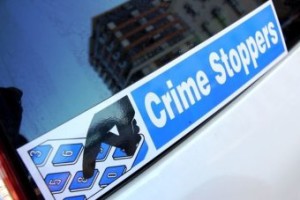 The rate of domestic violence in NSW continues to rise, bucking the downward trend of most other crimes including assault within pubs and clubs, which has fallen thanks to state government intervention, new statistics show.

The 2.5 per cent increase in incidents of domestic violence over the past two years meant it was one of only two major crime categories to go up in the latest NSW Bureau of Crime Statistics and Research figures. The other increase was for fraud.

Non-domestic assault remained stable over the past 24 months, but assault within a licensed premises was down 5.6 per cent statewide, 15.1 per cent in Sydney and more than 30 per cent in the Kings Cross area.

Crime Rates in NSW Down

Bureau director Don Weatherburn said the statistics indicated that the increases in domestic violence were not just because victims were more willing to report the crime. He said the figures showed that domestic violence causing grievous bodily harm, which is always reported because the victim ends up in hospital, has also increased.

”There is no doubt that there has been a real increase [in domestic violence],” he said.

”The standout here is that we seem to have made much more progress in reducing non-domestic assault than we have with domestic assault. That’s an issue.

”We’ve got assaults coming down on licensed premises but outside licensed premises things have stalled a bit. There is no downward trend and assault still remains a major problem area. Burglary, motor vehicle theft and robbery just keep on going down but not such rapid progress on assault and no real progress at all in domestic assault.”

NSW Police Commissioner Andrew Scipione said the figures showed almost half (47 per cent) involved incidents between parents and their children.

”It doesn’t matter who it is: whether it is parents assaulting their children, grown children assaulting their parents or any other person guilty of domestic assault, you will be held accountable,” he said. ”But victims must come forward and report the incidents to police so we can take action.”

Dr Weatherburn said it was too early to know if new lockout laws in Sydney’s central business district and Kings Cross, which came into effect earlier this year, have had an impact. But he said a range of responsible service of alcohol initiatives enforcing the use of plastic cups and restrictions on the number of drinks sold, placed on the worst-offending pubs and clubs from 2008, had reduced violence.

”I haven’t seen any crime reduction initiative work on assault as well as this control over irresponsible service of alcohol,” he said. ”Glassings, which were five years ago almost a common event, have disappeared.”

The NSW branch of the Australian Hotels Association said the latest crime figures show that a reduction in pub and club violence was occurring before the state government introduced its lockouts and last drinks measures.

“Unfortunately, the work of the venues never seems to be acknowledged, with more and more blanket measures imposed on all venues,” AHA NSW director of policing John Green said.

Meanwhile, women are being arrested by police at a faster rate than men with big increases in drugs, harassment and threatening behaviour.

A report released today by the Bureau of Crime Statistics and Research shows the number of females arrested in New South Wales has grown by 2.5 per cent over the past decade, soaring past men who had an annual increase 1.7 per cent.

Dr Don Weatherburn, the Director of the Bureau, called it a “significant” change — but one that wasn’t restricted to New South Wales.

In recent years there has been a rise in females committing crimes throughout Australia, notably illicit drugs and public order offences.

Of the arrest figures Dr Weatherburn said: “It’s certainly a dramatic change. The gap [between men and women] is closing fairly quickly.”

He admitted the numbers were a shock to researchers. “It did surprise me, I wasn’t expecting it.”

But the largest increases were:

• harassment, threatening behaviour and private nuisance, up 14 per cent

• dealing and trafficking in amphetamines, up 13.4 per cent

• possession and use of amphetamines, up 10.6 per cent

He told news.com.au the intimidation and harassment could be related to stalking “of an ex-boyfriend or girlfriend” whether it be lurking outside their house or through making malicious phone calls.

Dr Weatherburn said this meant changes in the criminal justice system were needed. “The important question for Governments is, how long are you going to let this continue?”

The new report, coupled with the crime trend in recent years, meant there was a definite trend occurring. “It’s no flash in the pan and not a one-off thing.

“Most people tend to think of crime as a male problem and not a female one.”

He said monitoring by the National Drug and Alcohol Research Centre showed no increase in female use of these drugs over the last few years but small groups of women becoming more active in illicit drugs couldn’t be ruled out.

The number of juvenile females being dealt with by police is up slightly but has not increased at as fast a rate as the adults.

Dr Weatherburn said even though crime rates were coming down arrest rates were going up. That was explained by policing catching more criminals, even though there was a smaller number overall.