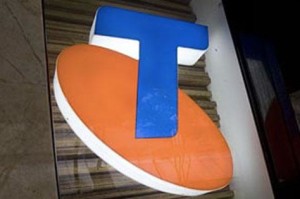 Telstra will give staff who are victims of domestic violence an extra 10 days of paid leave a year, a decision likely to help a union-led campaign to force all employers to offer similar provisions.

One of the nation’s largest ­private employers, with 34,000 staff, Telstra says the leave policy is ­in ­keeping with its strong commitment to safety, ­workplace flexibility and ­gender equality.

“This is a legitimate form of leave and as an iconic Australian organisation we see it as important that we have a prominent role in tackling violence against women,” she said. “We want our people to have long careers with us, to trust us and respect us as an employer.”

The leave policy, launched on November 24 last year to coincide with the International Day for the Elimination of Violence Against Women, will allow full-time employees to attend medical appointments or seek legal advice or counselling.

“The purpose of our new domestic and family violence policy is to provide support to employees and manager of employees who may be experiencing the effects of family and domestic violence,” said Troy Roderick, the general manager of diversity and inclusion at Telstra.

Two out of three women who report violence by a current partner are in paid employment and violence against women and children costs the ­economy $13.6 billion a year.

Campaigns addressing violence against women and within families­ have risen in prominence in recent years.

A speech condemning bystanders of sexual violence made by the Chief of the Army, David Morrison, went viral in 2013, while Rosie Batty, whose son was murdered by his father at cricket ­practice, has done much to draw ­attention to domestic violence.

Around 1.6 million workers have access to domestic violence leave because, through enterprise ­bargaining, it has been included in the agreement that sets down their wages and conditions.

The Australian Council of Trade Unions has launched an ambitious bid to have domestic violence leave entitlements written into every ­modern award, which would extend the provision to another 1.5 million mostly low-paid workers.

White Ribbon Foundation chief executive Libby Davies said domestic violence was an employment issue because the victims and perpetrators were found in workplaces.

“Workplaces are just as much party of society [as home life] so to drive real and lasting and sustainable change, workplaces must be a part of the process,” she said.

White Ribbon is ramping up a workplace accreditation program. This year there will be 90 organisations going through the accreditation process, which takes 18 months and involves developing policies, meeting standards and educating staff.

Applications have mostly come from large government and non-profit organisations and unions, but companies are increasingly showing an interest, according to Ms Davies.

“There are some companies who have their head in the sand around this,” she said. “But I think the social and economic pressures are ­mounting and those companies will be drawn into the fold.”

Indeed, the ACTU has made a ­submission to the Fair Work ­Commission’s review of modern awards seeking 10 days’ paid domestic violence leave for permanent staff and 10 days’ unpaid leave for casuals.

ACTU president Ged Kearney said Telstra’s announcement lent weight to the bid. “This is a breakthrough into the corporate sector and ­hopefully it will set a trend,” she said.

“We know that one in three ­Australian women ­experience ­physical or sexual ­violence by an ­intimate partner and that it is not ­isolated to particular postcodes. ­Having an understanding employer actually helps women come through the abusive situation much better off.

“On the employer side, the ­corporate sector must understand the costs associated with losing good employees. Often helping women through this situation means they are holding on to a very good employee.”

The Communication Workers Union applauded Telstra’s move but said because the leave was provided for by policy, rather than being part of an award or enterprise agreement, the entitlement was not enforceable.

As such, the amount of leave an employee received would be at the discretion of management.

A spokesperson for Origin Energy said employees who are exposed to domestic violence or are supporting family members in such circumstances get flexible working arrangements and compassionate leave.

At BHP Billiton, managers may apply their personal discretion on matters of domestic violence to apply personal leave.

QBE offers four days of flexible leave, in additional to personal leave, that may be used in such circumstances, and may consider implementing a separate policy related to domestic violence in the future.

CSL offers an additional five days of personal leave to the industry ­standard and have stated a ­separate domestic violence leave ­policy will be a considered in an coming ­leadership discussions.

Telstra’s domestic violence leave policy is only one recent development amongst a longer, far-reaching commitment to this area of employee welfare, said Troy Roderick.

“We’ve been working on the issue of men’s violence against women since 2009 and evolved our approach since then. The prevention data showed that we had both survivors and perpetrators in the Telstra family, among staff and customers, and that we had a vital role to play in raising awareness and prevention,” Roderick says.

Telsta has a proud history of demonstrating its support for employees who are victims of domestic abuse, where in 2013 it announced it would offer silent phone numbers to domestic violence victims free of charge. Normally, a fee is attached to requesting a silent number for Telsta customers, however the provider has committed to waiving this fee for victims of abuse in the interests of protecting their safety.

Telstra recognised the role it could play in the fight against domestic violence again last year, when it announced it would donate 5000 smart phones, each equipped with $30 credit, to domestic violence shelters across Australia. Given that many perpetrators of domestic violence use mobile phones to trace or attack their partners, Telstra donated the phones to allow victims access to a safe and protected phone line to seek help.