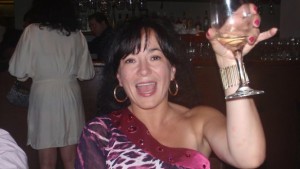 A MAN who survived his ex-wife’s murder plot alleges she has transferred property to her family from prison to stop him collecting the money she owes as a result of suing his ex-wife for civil damages over the attack.

Chris Soteriou has launched County Court proceedings alleging his former partner, Vicky, gifted her share of a house in Reservoir to her parents and sister to keep it from him.

Vicky Soteriou was jailed last year for nine years for conspiring to murder.

Fortunately, after being stabbed seven times, Chris survived but, as he claims, his psychological shock was so big that he did not manage to work again after this incident. He has lived off of his family’s money all this time.

“I have seriously suffered a diminution in my sense of self-worth, and everything I wish and wanted for my family must now be recast,” he says.

And he explains that, while he was for several days in the hospital recovering from the murder attempt, his wife’s family took items amounting to $100,000 out of his house including gold nuggets, watches, jewellery and vintage bottles of wine, and Vicky withdrew $200,000 from the bank. Court documents allege she also used $20,000 of her husband’s money to buy burial plots for herself and her lover.

“The police brought the transaction to my attention while I was in hospital,” he said. “I was aware she had significant savings but not to that magnitude.”

Chris added that he is not allowed to use any of the family assets because they were in his wife’s name and frozen under court order.

Before the attack, Chris, who had migrated from war-torn Cyprus with his family aged 12 and grew up in working-class Reservoir, was a high-flying engineering consultant on the National Broadband Network rollout, with an annual income of $600,000. For the 2000 Sydney Olympics, he had been head of infrastructure for the main stadium.

He is now a more hands-off director of five businesses, including a loans company and reception centre in Melbourne and a daiquiri machine-leasing business in Greece. But he sees himself mostly as a stay-at-home dad to the twins, whom he walks to and from school every day.

Mr Soteriou alleges in court documents that he and his ex-wife jointly held a 25 per cent share in a property in Plenty Rd, Reservoir, until June last year.

The writ alleges Vicky, her parents Dimitrios and Maria Skarlatos, and her sister ­Theodora Skarlatos – with the ­co-operation of Thornbury lawyer John Yianoulatos – contrived to improperly transfer her share.

The statement of claim says the gifted transfer was not done “with love and affection” as specified, and was “bogus and a sham”.

“The real motive for parties executing the transfer was to deprive the plaintiff of his legal entitlement to an interest in the land,” it says.

Documents also ­allege a copy of the visitors’ book at Dame Phyllis Frost Centre for June 14, 2012 – the date the transfer document was apparently signed and witnessed – shows no visitors for Vicky.

Lawyer Kurt Esser, acting for Mr Soteriou, is seeking an order declaring the property transfer void, and is seeking damages, costs and interest.

Dimitrios and Maria Skarlatos denied any wrongdoing by them or their daughters.

Mr Yianoulatos said claims against him were “vexatious and frivolous”.

“I sincerely protest my innocence in this. I will be strongly defending this.”

Vicky Soteriou, 44, was sentenced to 9 years in prison after being found guilty of trying to have her wealthy businessman husband killed.

After leaving his 44th birthday dinner in 2010, Mr Soteriou was stabbed six times and had his throat slashed.