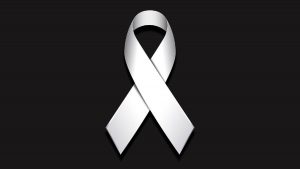 A Gold Coast family law specialist has responded to a new law put in place for nationwide protection of domestic violence victims.

Pullos Lawyers’ Cassandra Pullos has commended the “new layer of protection” put in place which sees all domestic violence orders issued anywhere in Australia to be automatically recognised and enforced nationwide under a new National Domestic Violence Order Scheme (NDVOS).

Ms Pullos called the new law a landmark step in the ongoing campaign against domestic violence, explaining that the previous system was confusing and fell short.

The previous law meant that DVOs issued in Queensland and elsewhere were not automatically recognised in other states or territories, meaning that the victim wasn’t protected if they decided to cross the border where their DVO was issued.

“However, until recently the scheme was not fully co-ordinated nationwide.”

Under the new law, domestic violence victims will still be covered if they cross state or territory borders, resulting in much greater protection.

“Existing state and territory laws to protect victims and affected family members from domestic violence have not changed. Local police will still enforce the conditions regardless of where the DVO was issued.

“However prior to 25 November 2017, DVOs applied only in the state or territory where they were issued. Now they automatically apply everywhere.”