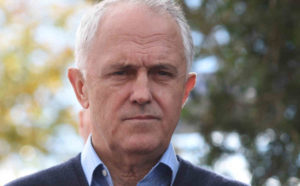 Staring, withdrawing affection or threatening a divorce are now defined­ as domestic violence in the first national guidelines for judges and magistrates.

It gives examples of emotional and psychological abuse as “angry verbal outbursts, staring, silence, ignoring and withdrawal of affection’’.

The official judicial guide also cites “social abuse’’ such as criticising the way a partner takes care of the house or becoming upset when chores are not finished.

The online guide urges judges to look beyond physical violence­ when deciding whether to grant a domestic­ violence order, saying: “A perpetrator may intend to intimidate­ and induce fear … through physical violence or harm yet cause minor or no visible signs of injury.’

The judicial guide criticises judges and magistrates who focus only on “recent physical violence” instead of a “complex pattern of violent­ or abusive behaviours’’. It also says children “do not need to see or hear violence to be exposed to it’’.

The state government changed domestic violence laws in June so victims no longer have to prove they have a fear for their physical safety for a restraining order.

The government was yesterday criticised by various groups who have called the guidelines an invitation to make define every minor dispute within a relationship as domestic violence.

Ash Patil, President of Fathers4Equality argued that there is:

“no longer a distinction between a minor disagreement between a couple, for example over who washes the dishes, and an allegation that fits within the definition of Domestic Violence.”

Patil continued that the unintended consequences of these guidelines is to create a hostile domestic environment where males (primarily) are living in constant fear of being accused of being an abuser over the most minute and inconsequential incident.

“These guidelines will be an open invitation for people to threaten to make allegations of domestic violence against others, creating a new group of victims in Australia,” Patil laments.

‘They’re there for guidance and I think it’s important that we don’t take them out of context,’ he told reporters in Sydney on Friday.

The prime Minister did not elaborate whether the laws applied solely for women and children, or whether they could be applied to male victims as well.

The guidelines define as emotional and psychological abuse verbal attacks, stalking, threatening to divorce or kill the victim and monitoring the victim’s whereabouts.

‘Domestic violence is a disgrace,’ he said.

‘Violence against women and children is always wrong.’

For example, in one case of abuse against a female, a man insisted she slept outside and asked her children to refer to her by derogatory terms.

‘Generally treating her in a humiliating and abusive manner, including attempting to persuade her to engage in a sexual act with a dog,’ the guideline example states.

There is no single family violence law in Australia and judges can rely on a range of legal responses to deal with domestic violence cases.

The guidelines are designed to provide a central source for judges dealing with such cases.

* Put down my appearance

* Became upset if chores not done

* Become jealous of my friends and other men

* Tried to convince me I was crazy

WHAT THE NEW GUIDELINES SAY

Link to the National Domestic and Family Violence Bench Book