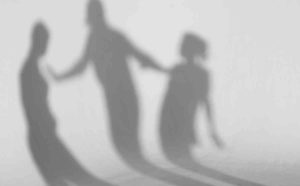 Queensland will move to toughen up its domestic violence laws.

The Palaszczuk government will introduce a bill to parliament on Tuesday to set DV protection orders for a longer period of five years.

The minimum protection order of domestic violence is currently for two years. The bill hopes to extend the period to five years and expand arrangement for police protection notices. Queensland will also push for domestic violence orders to be recognised across state borders as part of Prime Minister Malcolm Turnbull’s $100 million fight against domestic and family violence.

To identify those who may be at risk, government agencies – such as police and health service providers – will be allowed to share information with specialist domestic and family violence officers across departments.

“If we can share that information in a coordinated, collaborative way, we can identify women who are at risk and potentially save women’s lives,” Shannon Fentiman, minister for Prevention of Domestic and Family Violence, said in Brisbane on Monday.

The legislation will also allow police to act immediately if they think an individual, including a minor, is in danger of domestic violence.

“We are no longer requiring police to write down the reasons for the PPN (police protection notices), they just have to understand that domestic violence has been committed, communicate that to the perpetrator, and believe there is a need for immediate protection,” Fentiman added.

Last year, Turnbull, in his first major announcement as prime minister, announced plans to fight domestic violence in Australia with a $100 million package. As part of the program, the federal government planned to hand out mobile phones to women fleeing domestic violence situations to better help them escape from their perpetrators.

Queensland Premier Annastacia Palaszczuk has joined her federal counterparts in calling on the prime minister to convene a national summit to address the domestic violence crisis.