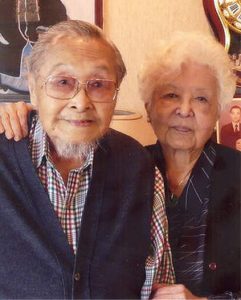 The justice system is unprepared to deal with aggressive behaviour by sufferers, writes Paul Bibby.

Clara Tang sat, pale and drawn, in the forensic hospital at Long Bay jail. She had no idea where she was.

A few days before, the 90-year-old had beaten her husband, Ching Tang, 98, to death in their Surry Hills apartment with a desk lamp, flowerpot and a walking stick.

After a night in Mulawa women’s prison, Ms Tang was taken to Long Bay and examined by Justice Health’s old-age psychiatrist, Sharon Reutens. It quickly became clear that she was suffering from advanced vascular dementia.

”I asked her if she knew where she was and gave her options, like, ‘are you in a shopping centre?”’ Dr Reutens said. ”She said she didn’t know.”

Having been moved from Long Bay to the geriatric ward at St Vincent’s Hospital, Clara Tang passed away at Lulworth House at Elizabeth Bay on August 8, 2011. It was 17 months after killing her husband and one day before a court hearing to determine whether she was fit to stand trial for murder.

This week’s finding by the NSW coroner that Ms Tang killed her husband during a psychotic episode brought on by advanced vascular dementia clears her of responsibility for the crime.

But it also highlights the little-discussed, growing problem of dementia-related violence and the unpreparedness of the Australian justice system to deal with it.

While some attention has focused on the issue of violence against people with dementia, there has been less interest in violent and aggressive behaviour by sufferers themselves.

One of the few large-scale studies, conducted by researchers in northern Utah, found that, over the course of a month, 30 per cent of dementia sufferers in a sample group exhibited violent or agitated behaviour.

Another study, published in the International Journal of Geriatric Psychiatry in 1999, found that 96 per cent of patients with dementia demonstrated aggressive behaviour at some point over the course of their illness.

”Homicides by dementia sufferers are very rare, but less serious violence such as assaults are more common,” Dr Reutens said. ”Often the victims are elderly themselves. You or I could have kicked the flowerpot out of Clara’s hands, but Mr Tang was obviously unable to do that.”

Carers of dementia sufferers are also often on the receiving end of violent action.

Like so much about dementia, the scientific cause of violent behaviour by those with the condition is not fully understood.

Research suggests the condition affects the frontal lobes of the brain, which play a central role in controlling our behaviour. When these are incapacitated a person may act on urges, violent, sexual or otherwise, without inhibition.

While Ms Tang never made it to court, her case and others reveal a number of limitations in the judicial system’s ability to deal with the growing number of offenders affected by dementia as Australia’s population ages.

”The main issue is, ‘where do you house them?”’ Dr Reutens said. ”There are no long-stay nursing homes in the Australian prison system. In the US they have had to open up nursing homes for prisoners and I think we may need to consider going down the same path.”

The other, more difficult issue, is how to sentence those affected by dementia.

In October last year 55-year-old dementia sufferer Michael William Goodridge was sentenced to 18 years for the brutal 2009 murder of his carer, Carmel George. While Goodridge murdered Ms George before his dementia had taken hold and was aware of what he was doing, at the time of sentencing he had no memory of the crime and little sense of his punishment.

Doctors predicted that the condition would claim Goodridge’s life within six years.

Like Ms Tang in the days after she killed her husband, Goodridge now finds himself in the forensic hospital at Long Bay jail.