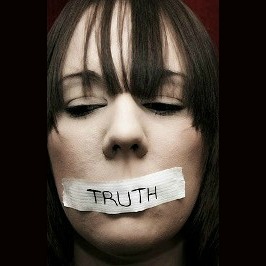 A MAN whose bride did not tell him she had AIDS has lost a battle to have his marriage declared void.

The court case is believed to be the first of its kind in Australia.

The husband, in his 50s, said that if he had known she had AIDS he never would have married her the following year.

The wife filed for divorce last year but the husband asked the court to dismiss the application and grant a decree of nullity “on the ground of fraud”.

It was revealed he wanted a decree of nullity rather than having the marriage dissolved because he believed it would mean the wife would not be able to pursue him for a property settlement.

The Full Court of the Family Court of Australia last week rejected the man’s bid.

It also said the husband was mistaken in his view there could be no property settlement if the marriage was found to be void.

The husband claimed the case was the first where a court had been asked to consider an application for nullity on the basis that one of the parties had failed to disclose they suffered from a communicable disease that could lead to the death of the other party.

It is not known if the husband contracted the AIDS virus.

Slater & Gordon family law expert Ian Shann said the moral of the case was simple: “Check out people’s stories before you marry them.”

Had the man been successful it would have opened Pandora’s Box, Mr Shann said.

A lower court dismissed the husband’s application for a decree of nullity last year and he lodged his appeal in the Full Court of the Family Court.

The Marriage Act says a marriage is void in the event that “the consent of either of the parties is not a real consent because … it was obtained by … fraud”.

The Full Court said the wife’s failure to inform the husband of her condition “did not vitiate the husband’s consent to marriage”.

In the earlier judgment, a judge said there was no question the husband married the woman he thought he was marrying and the parties went through what they knew to be a valid marriage ceremony.

Mr Shann said grounds for getting a decree of nullity included bigamy, being too young to be married, being in a phony marriage, being pressured into a marriage and a case of fraud, such as mistaken identity.

“This particular case did not fall within any of those circumstances, although the wife clearly lied and although the husband was clearly placed in a precarious position because of the lie,” Mr Shann said.

The wife did not participate in the hearing.