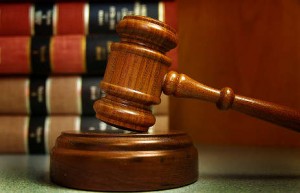 AN ex-wife who is battling cancer has won a bitter court fight to stay put in a $3 million mansion in Queensland after a failed bid by her ex-husband to kick her out of the former marital home.

Family Court Justice Colin Forrest ruled in favour of the woman after the ex-husband admitted to driving a luxury car while seeking a court order to sell a broken-down car in the garage she cannot afford to fix.

The long-running case is set to go to a trial in February, however Justice Forrest has ordered for trustees to be appointed to sell the property to fund a “rapidly increasing” $4 million debt.

The court heard the ex-husband refused to back away from his bid to sell his ex-wife’s car after learning friends were driving her to chemotherapy appointments because a $2000 car she purchased had also broken down.

Justice Forrest said the ex-husband “seems to want to take the only vehicle that is available” to his ex-wife.

“Yet he has access to two vehicles,” he told a hearing this week. “There is absolutely no doubt that the circumstances present, at this point in the property proceedings, are compelling.

“(The ex-wife) is suffering from cancer which does not appear to be getting any better.

“She is attending weekly chemotherapy and should not be required to move out of the property until the sale.”

The ex-husband sought the order to “vacate”, alleging his ex-wife was “not likely to co-operate” with the trustee to market the property.

But Justice Forrest found the ex-wife was not “obstructive” and she accepted the property, located in an exclusive property hot spot, “must be sold”.

He has ordered the ex-husband to pay for her bond and rent of up to $600 a week after the sale of the property or if she moves out beforehand.

Meanwhile, concerns over a Family Court backlog have been reignited, with Queensland’s Justice Donna O’Reilly to retire on January 31.

It is unclear whether Justice O’Reilly will be replaced, with her decision likely to cause further angst among family law specialists over lengthy delays revealed by The Courier-Mail.

Latest figures show half of all litigants nationally are waiting for judgments more than three months after a final hearing.