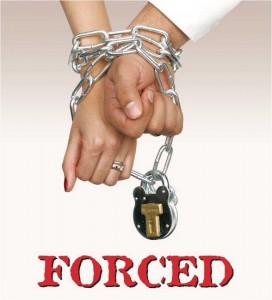 THE marriage of a young Indian couple has been declared “absolutely null and void” by a court because the groom was forced to wed.

The Family Court has erased the marriage of the couple, known as “Mr Nagri” and “Ms Chapal”, effective immediately.

Justice David Collier said Mr Nagri, 25, married while under duress from his uncle – who had sponsored his immigration.

“I am satisfied that, because of the relationship between Mr Nagri and his uncle, he was the subject of strong feelings of family loyalty,” he said.

“He was subject to religious and cultural beliefs (and) believed that his situation was one where his uncle was entitled to demand his obedience.

“Mr Nagri was not acting of his own free will … his consent to the marriage was not a true full and informed consent.”

Documents filed with the court’s registry in Parramatta, NSW, show Mr Nagri and his mother moved from India to Australia in 2008.

In August 2011, his uncle announced he had found a woman for Mr Nagri to marry.

“Mr Nagri tried to tell his uncle that he did not wish to be married to Ms Chapal, and that he was in love with somebody else,” Justice Collier said.

“His uncle said that the marriage must proceed (because he) had given his word and that arrangements had been made.

“I am satisfied the economic dependence of Mr Nagri upon his uncle (meant he) was not acting of his own free will.”

The couple wed in a November 2011 civil ceremony.

One month later, Mr Nagri told Ms Chapal, 26, that he did  not love her. “He confessed that he had married her under compulsion and out of a sense of duty to his family,” Justice Collier said.

“He was remorseful and apologised unreservedly to her … He said that he had acted badly, and he asked for her forgiveness.

“He made it clear, to his mother particularly, that he had hurt Ms Chapal.”

Justice Collyer said Ms Chapal did not oppose the application, while Mr Nagri’s uncle had apologised.

“It is to his credit that he is now prepared to acknowledge that his behaviour overbore the will of his nephew,” he said.